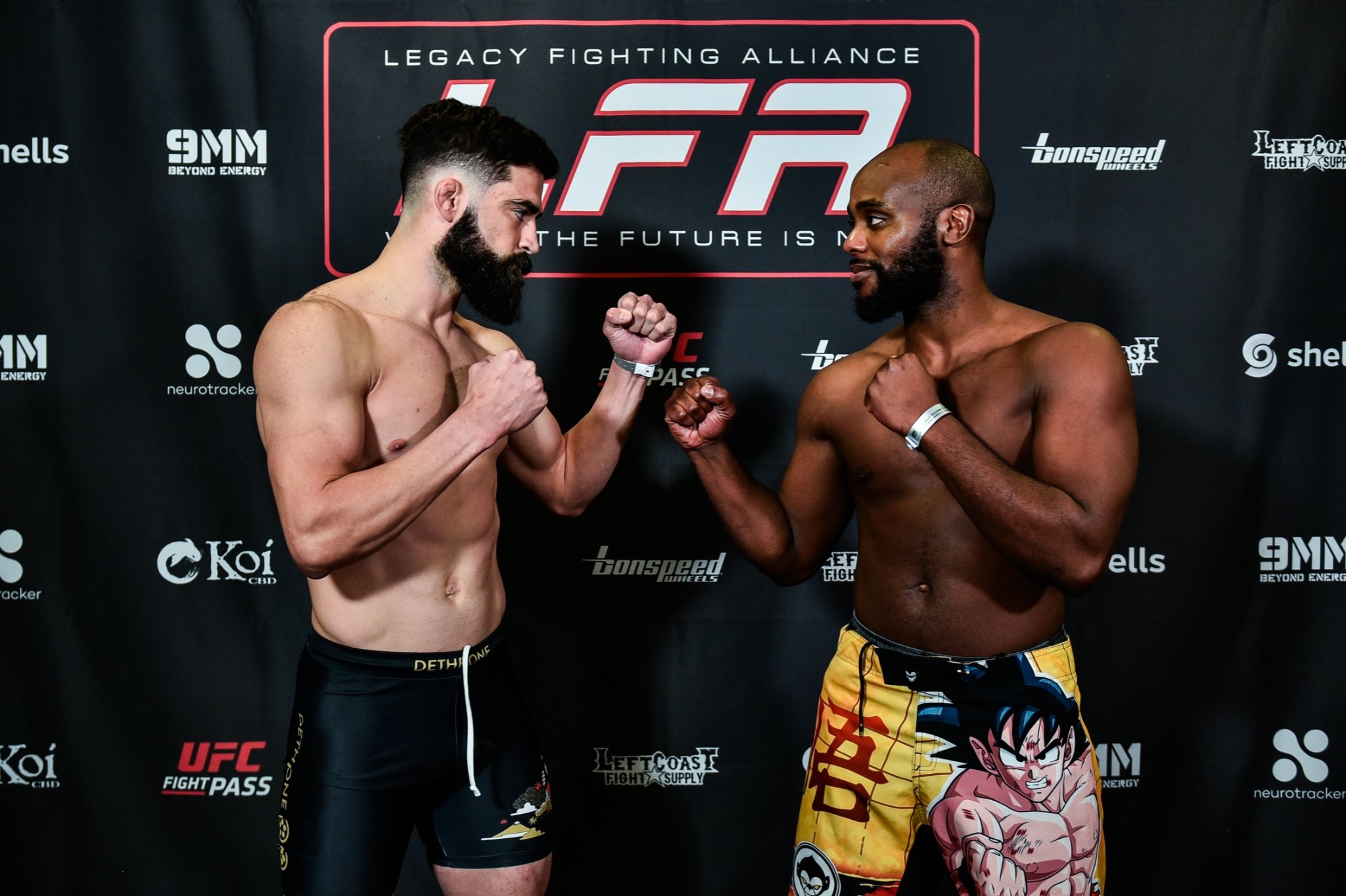 CHRIS “BREEZY THE FUTURE” JONES
vs.
STEVE “THE AVERAGE” JONES

The main event will feature a welterweight showdown between top prospects Chris “Breezy the Future” Brown (7-3) and Steve “The Average” Jones (8-2).

LFA 121 will take place inside The Factory in Deep Ellum in Dallas, Texas. The main card will be available tomorrow night LIVE on UFC FIGHT PASS® at 9 p.m. ET / 6 p.m. PT.

LFA officials implemented strict health codes, safeguards, and Coronavirus (COVID-19) testing protocols throughout the week. In accordance with these guidelines, every athlete competing at LFA 121 has been cleared for competition.

Every fighter, except Chris Brown and Elijah Johns, made their contracted weight when they stepped on the scales. Brown and Johns will now forfeit a portion of their purses to their opponents Steve Jones and Brandon Phillips respectively. LFA 121 will proceed with eight bouts, which includes the welterweight showdown at the top of the card.

The original main event between Aaron McKenzie and Joshua Jones, that was set at lightweight (155-pounds), was scratched during Fight Week. This happened when Jones informed the promotion that he would not be able to make the 155-pound mark and a catchweight bout could not be agreed upon between the two fighters.