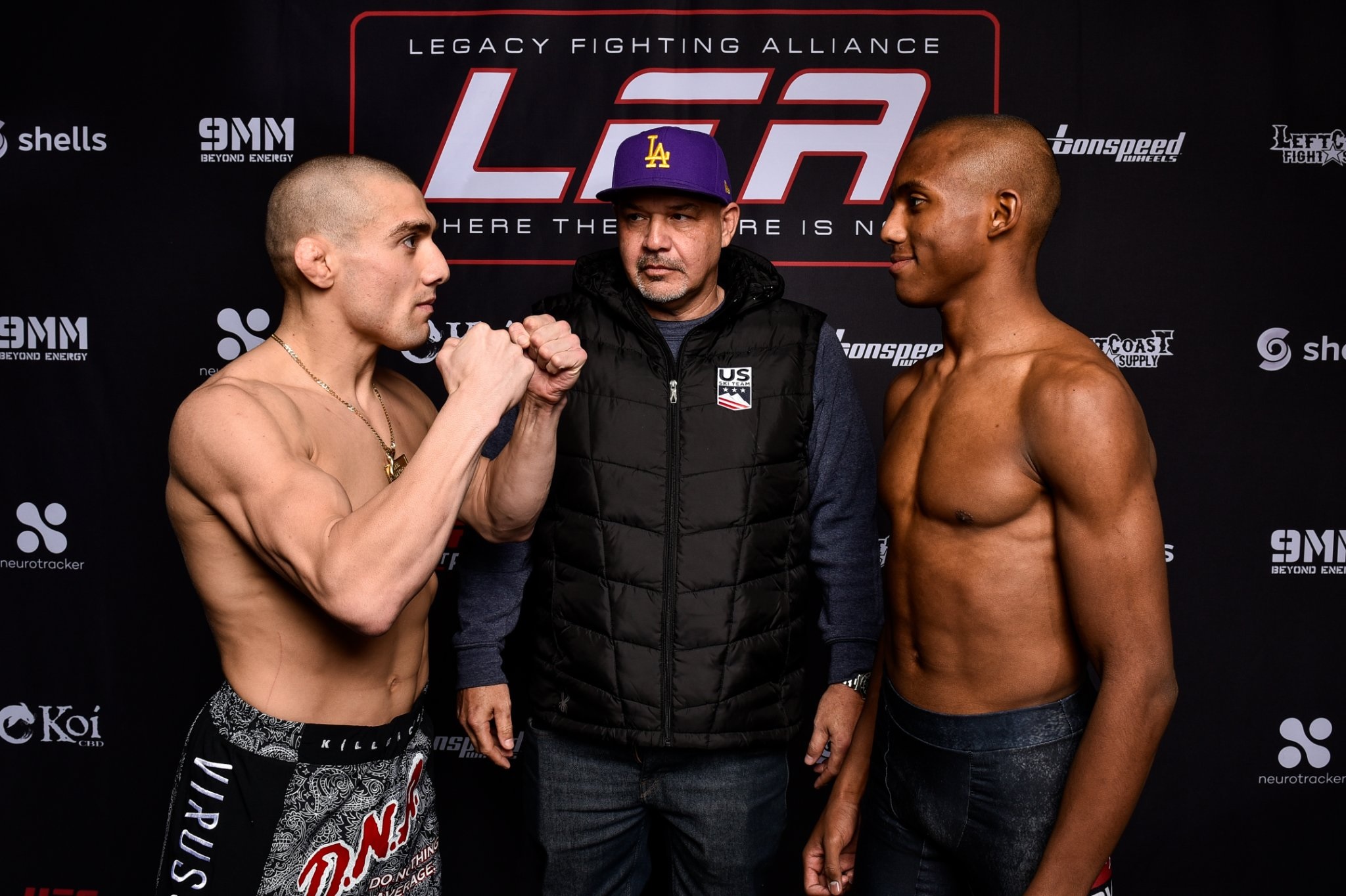 “THE DETERMINED”
DANIEL ARGUETA
vs.
“A LENDA”
MAIRON SANTOS

LAS VEGAS, Nevada — On Thursday, February 3rd, LFA hosted the weigh-in for LFA 123: Argueta vs. Santos from the Holiday Inn Express & Suites in Hammond, Indiana. The main event will feature a bantamweight showdown between top undefeated prospects Dan “The Determined” Argueta (6-0) and Mairon “A Lenda” Santos (12-0).

LFA 123 will feature an all-star broadcast team for its first event in Chicagoland. It will include longtime veteran commentator Ron Kruck who will be joined in the booth with UFC star and RFA great Anthony “Lionheart” Smith and UFC on ESPN analyst Laura Sanko. They will call the action live inside the Horseshoe Hammond Casino in Hammond, Indiana. The main card will be available tomorrow night LIVE on UFC FIGHT PASS® at 9 p.m. ET / 6 p.m. PT.

There are a limited number of tickets are available for purchase on LFAtix.com.

Every fighter, except Miguel Jacob, made their contracted weight when they stepped on the scales. Jacob will now forfeit a portion of his purse to his opponent Josh Streacker. LFA 123 will proceed with nine bouts, which includes the bantamweight showdown at the top of the card.