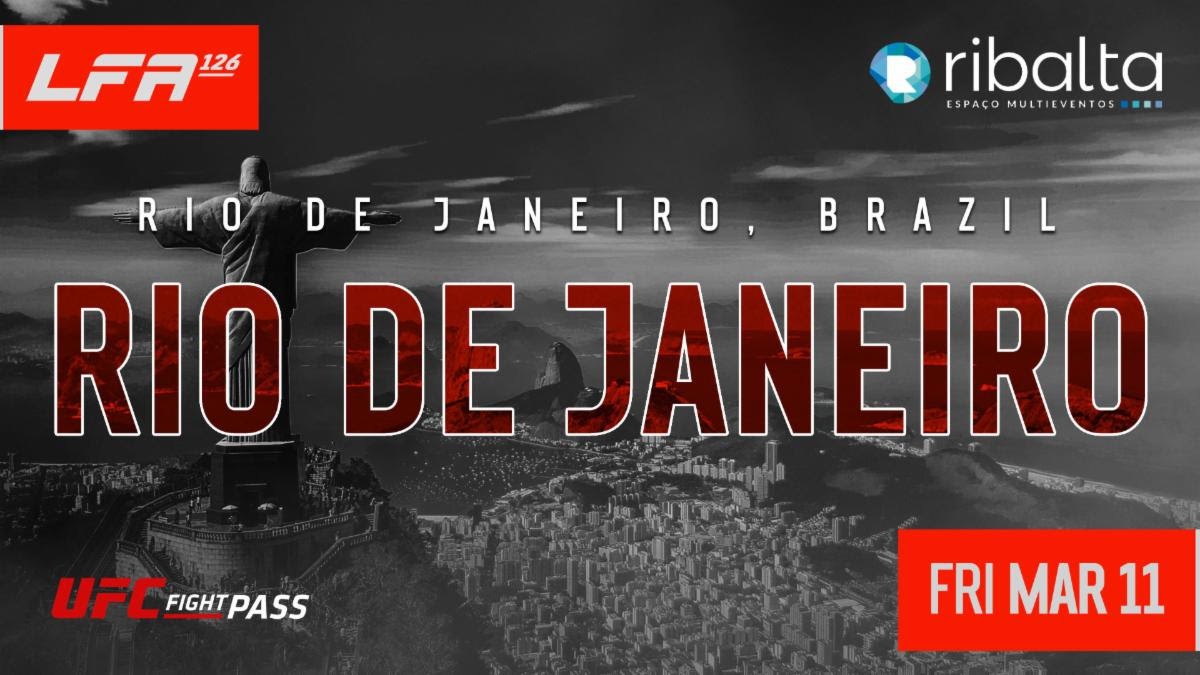 LAS VEGAS, Nevada — LFA President Sven Bean announced today that the LFA has entered into event production agreements at venues in two of the promotion’s top markets for 2022. Both of these agreements will start with events in March.

“I’m happy to announce that the LFA will begin producing events at two new live event venues in March,” said Bean, who handles venue booking and scheduling for the LFA.

“Last year we we expanded globally by producing two back-to-back events in Brazil. On March 11th we will be able to expand our footprint in Rio de Janeiro with live broadcast from Complexo Ribalta.”

“In December of last year, we went on a site survey of the facility, and were immediately impressed by the set up, location, and potential of the venue. At Complexo Ribalta, we will be able to increase our level of production, and with the infrastructure of the hotel located on site we will be able to streamline the entire production schedule of our event. Not to mention this will be our first event with a live audience in Brazil as well.”

“The LFA is very popular in Brazil, and we are extremely happy to be the venue partner chosen to be their first event with fans. We think we have the perfect location for their events in Rio de Janeiro, and look forward to a exciting and successful event in March.”

LFA 126 Ticket outlet info and pricing to be announced soon.

“Two weeks later we will return to the U.S. and Southern California with LFA 127 at The Commerce Casino & Hotel,” continued Bean.

“We have produced quite a few events in the talent rich Los Angeles market at numerous venues. We’ve had great success in the market with each show. With L.A. being so spread out we have always been on the look out for a centrally located partner to work with. We have found just that in the Commerce Casino & Hotel. With the addition of their new venue we have room to do our typical LFA production and put on a great show for our fan base.”

“We are thrilled to have LFA coming to The Commerce. It will be our first show with them but we already know the caliber of MMA bouts that they present. We expect an amazing night for all here at The Commerce “Where the Game Reigns” added Commerce Casino Senior Event Manager Stacey Kauhaahaa.

LFA 127 Tickets are on sale NOW at LFAtix.com.

About COMMERCE CASINO:
The Commerce Casino & Hotel is LA’s #1 destination for games of skill. From hold ‘em and pai gow to blackjack and baccarat, we make great games better with our unsurpassed commitment to service. With the most tables of any card room in the country, there’s always a seat for players of all skill levels. The Commerce Casino complex includes a full-service 200-room hotel, which houses a day spa, beauty salon, pool and sundeck, banquet rooms, shops and entertainment. The Commerce is also home to several restaurants and plays host to live boxing, MMA and Professional Wrestling events. The Commerce Casino & Hotel is Where The Game Reigns. For more info visit: CommerceCasino.com