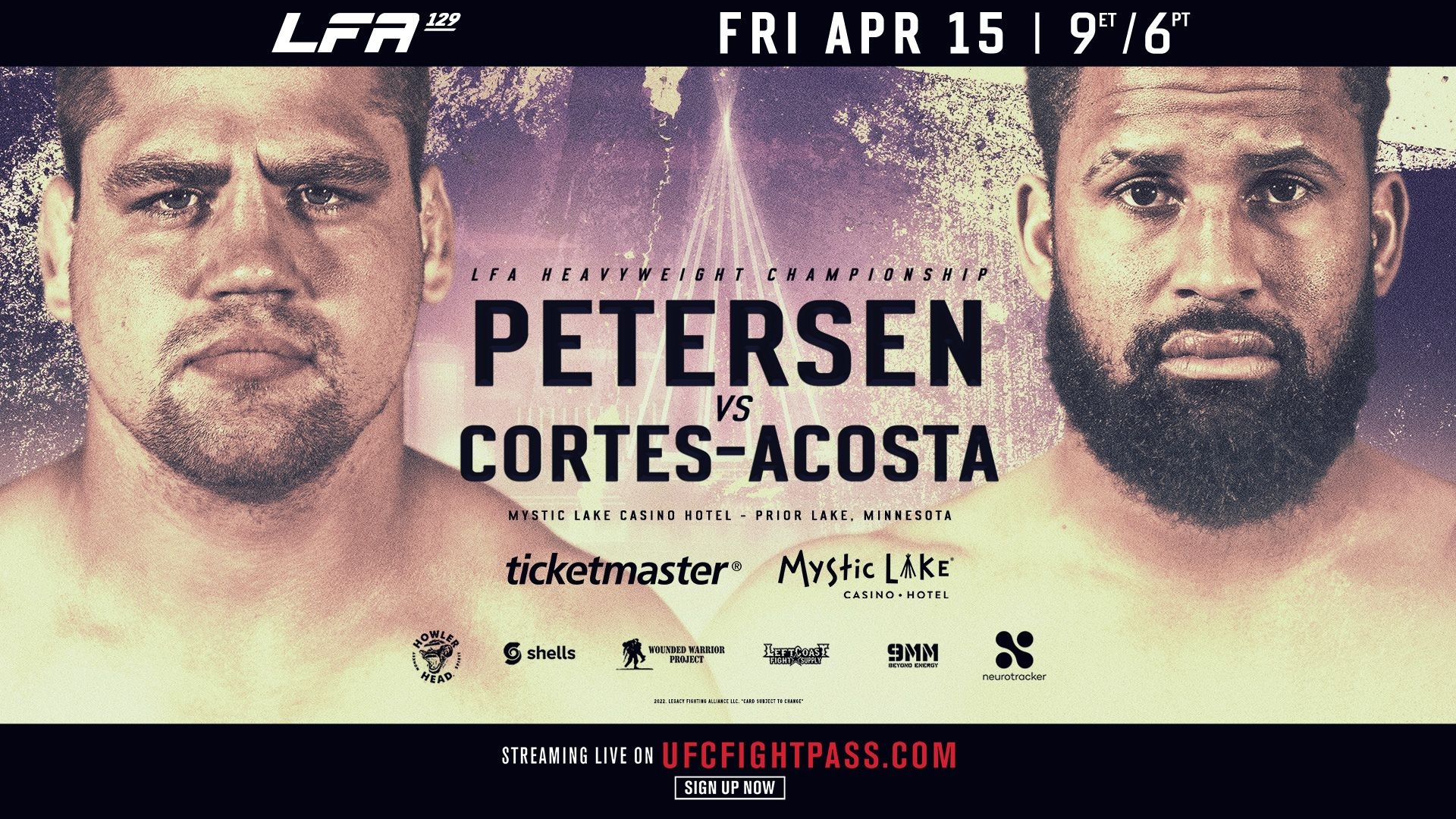 LFA brings the Heavyweight Championship to Minnesota at LFA 129

LAS VEGAS, Nevada — LFA CEO Ed Soares announced today that the promotion will return to Minnesota in April. The main event of LFA 129 will feature a heavyweight world title fight between the top two undefeated prospects in the of the division. LFA 129 will be the fifteenth LFA event to take place in the state, while the main event will feature the first-ever LFA heavyweight title fight to be held in the Land of 10,000 Lakes.

“We are thrilled to bring the Heavyweight Championship to Minnesota,” stated Soares. “Thomas Petersen was born and raised in Minnesota and last summer became the third heavyweight champion in LFA history. He will defend his title against Waldo Cortes-Acosta, who is the top prospect from the Dominican Republic. Petersen and Cortes-Acosta have identical undefeated records, which makes this the most anticipated heavyweight title fight in LFA history!”

Tickets for LFA 129: Petersen vs. Cortes-Acosta are available for purchase through Ticketmaster.com.

Petersen (5-0) has grown up inside the LFA Octagon. The 26-year-old is 4-0 in the LFA, but also won four fights for the promotion as an amateur and has been unstoppable since transitioning to MMA four years ago. Before that time, the man known as “The Train” was a two-time state champion out of Lakeville South High School in Lakeville, Minnesota. Petersen was named to the All-State team three years in a row and won 139 matches, which includes 50 pins, and holds the school-record for takedowns in a year with 247 as a senior. He later became an NJCAA national champion at Iowa Central and competed at the NCAA Division I level at North Dakota State University. Most recently, Petersen won the LFA heavyweight title by knocking out Vernon Lewis last summer at LFA 113. The win tied Petersen with Lewis for the most wins in LFA heavyweight history (4). He now looks to break that tie to become the most dominant heavyweight in LFA history.

Cortes-Acosta (5-0) is the man looking to do what Petersen did last summer. Travel into his opponent’s backyard and leave with the LFA heavyweight title wrapped around his waist. The 30-year-old Dominican fighter certainly has the résumé and skillset to do just that. Cortes-Acosta possesses a perfect 5-0 professional record, six more wins as an amateur, and another ten fights in professional boxing. Those formidable boxing skills were on full display in his LFA debut over Super Bowl weekend at LFA 124 in Phoenix, Arizona. Despite fighting a man with 10 more professional MMA fights, Cortes-Acosta was able to overwhelm Derrick Weaver with punches just 28-seconds into the second round to secure the knockout victory. The same knockout power, that is also responsible for half of his professional boxing wins, will set up a classic showdown between boxing and wrestling as Cortes-Acosta looks to punch his ticket to LFA championship glory.