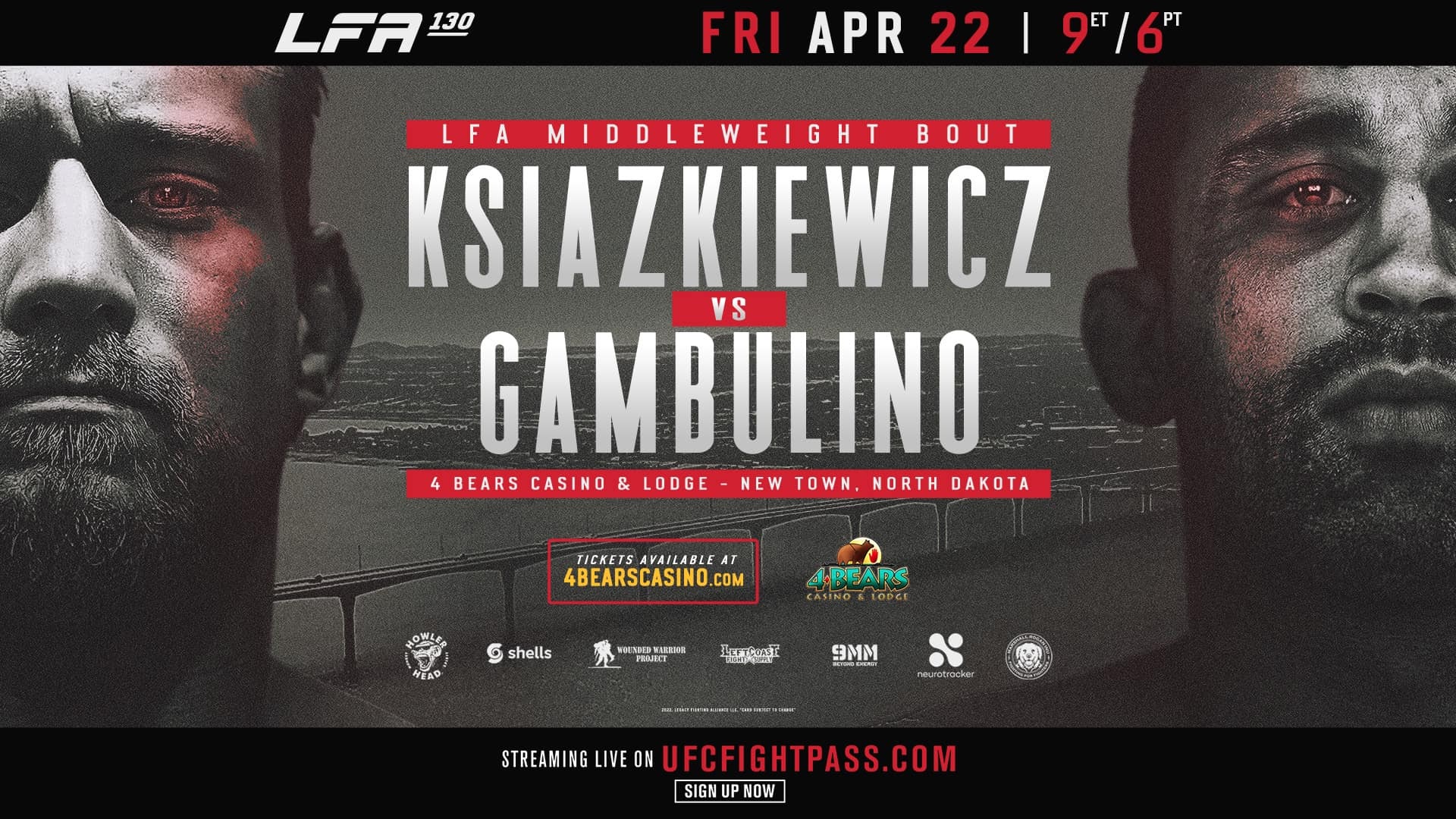 LAS VEGAS, Nevada — LFA CEO Ed Soares announced details today about the promotion’s debut event in North Dakota. The main event of LFA 130 will feature a middleweight showdown between the top international prospects. LFA 130 will be the first LFA event to take place in the Peace Garden State. This will also be the twenty-seventh state that the promotion has visited.

“We are excited to bring a stacked LFA event to North Dakota,” stated Soares. “Canada’s Mariusz Ksiazkiewicz and Brazil’s Alessandro Gambulino are two of the most talented middleweight prospects worldwide. Ksiazkiewicz has fought on Dana White’s Contender Series, while Gambulino is excited to make his international debut. The world will be watching when they meet in the main event of LFA 130.”

Ksiazkiewicz (9-1) is set to make his highly-anticipated LFA debut after establishing himself as the top middleweight prospect from the “Great White North” of Canada. The Winnipeg, Manitoba native did this by winning fights across four Canadian provinces as well as Alaska. The 32-year-old Canadian’s body of work was eventually noticed by UFC brass when he was invited to headline an episode of Dana White’s Contender Series in 2020. He did not earn the judge’s nod that night, but the Canadian fighter of Polish descent, impressed fans with his aggressive no-nonsense style of fighting, which has earned the southpaw eight finishes in his decade-long career. “The Iron Pol” described his style before that fight, “When I’m in there, I love to hurt people. I love hitting them as hard as I can. I love smashing them.”

Gambulino (12-3) is excited to make his long-awaited international MMA debut after climbing to the highest level of MMA in his home country of Brazil. The Piumhi, Minas Gerais native will be looking to do what only his countryman Mario Sousa has been able to accomplish by defeating the dangerous Canadian. Much like Sousa, Gambulino will also be facing Ksiazkiewicz in the main event of a top UFC developmental organization, which will take place on neutral territory inside the United States. The 32-year-old, who is just 3 months younger than Ksiazkiewicz, will look to utilize his BJJ black belt skills as he excels once the fight hits the ground. In fact, seven of the Brazilian’s twelve career victories have come by way of submission, setting up what looks to be a classic striker vs. grappler encounter.