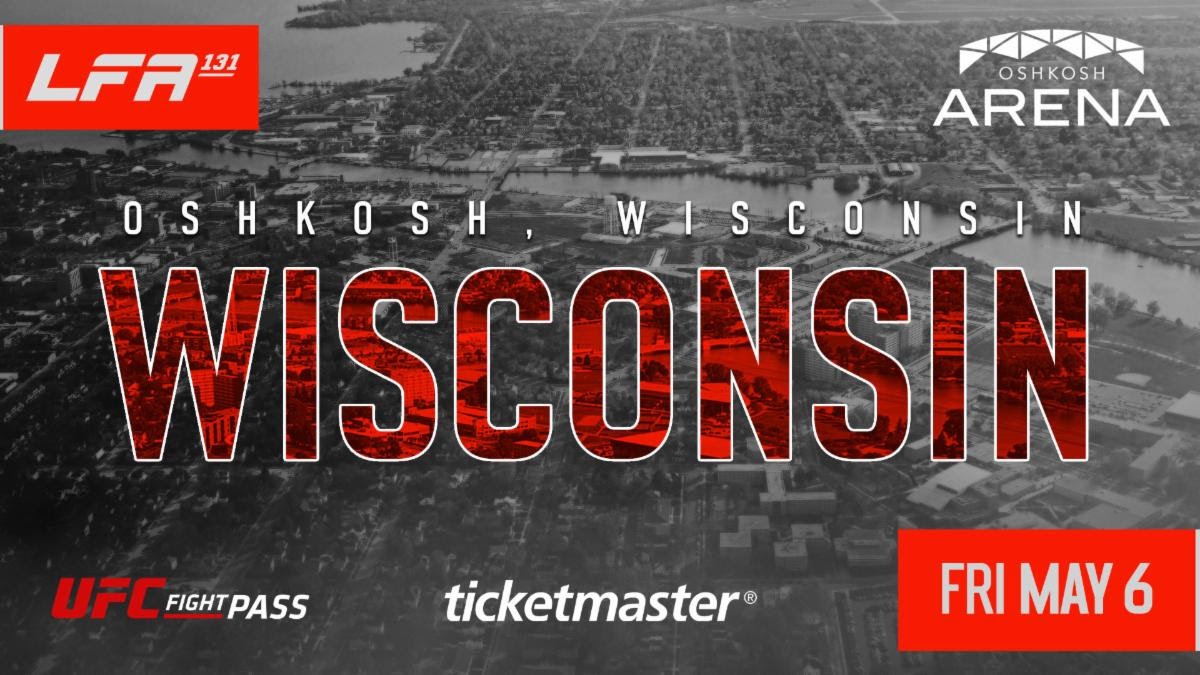 LAS VEGAS, Nevada — LFA President Sven Bean announced today that the LFA has entered into a multi-event production agreement with the Oshkosh Arena, in Oshkosh, Wisconsin. The first event, scheduled in May, will also be part of the previously announced LFA Midwest Tour.

“I’m happy to announce that the LFA will return to Oshkosh, Wisconsin at least two times in 2022,” said Bean, who handles venue booking and scheduling for the LFA. “In September of last year, the LFA produced a great event at the Oshkosh Arena (*formerly known as Menominee Nation Arena). Based on the success of that event, we were able to enter into a multi-event agreement with the venue for 2022. The first event will take place on Friday, May 6th, and will also serve to cap off the LFA Midwest Tour we announced in March. We’re excited to work with their in-house team again. Together we will bring another high-level production and an exciting night of LFA action to the area fanbase.”

“We look forward to having LFA back in the Oshkosh Arena this year. We received great feedback from our last event, and people were hoping for another. We are excited to partner with the LFA on multiple events in 2022. Their team does a great job providing the best experience for all involved. The fanbase in the surrounding cities has grown since our last event, so we can’t wait to fill the seats!”

Tickets for LFA 131 are on sale NOW at Ticketmaster.com and the Oshkosh Arena Box Office.

LFA 131 will be broadcast live at 6PM PST/9PM EST on UFC FIGHT PASS.