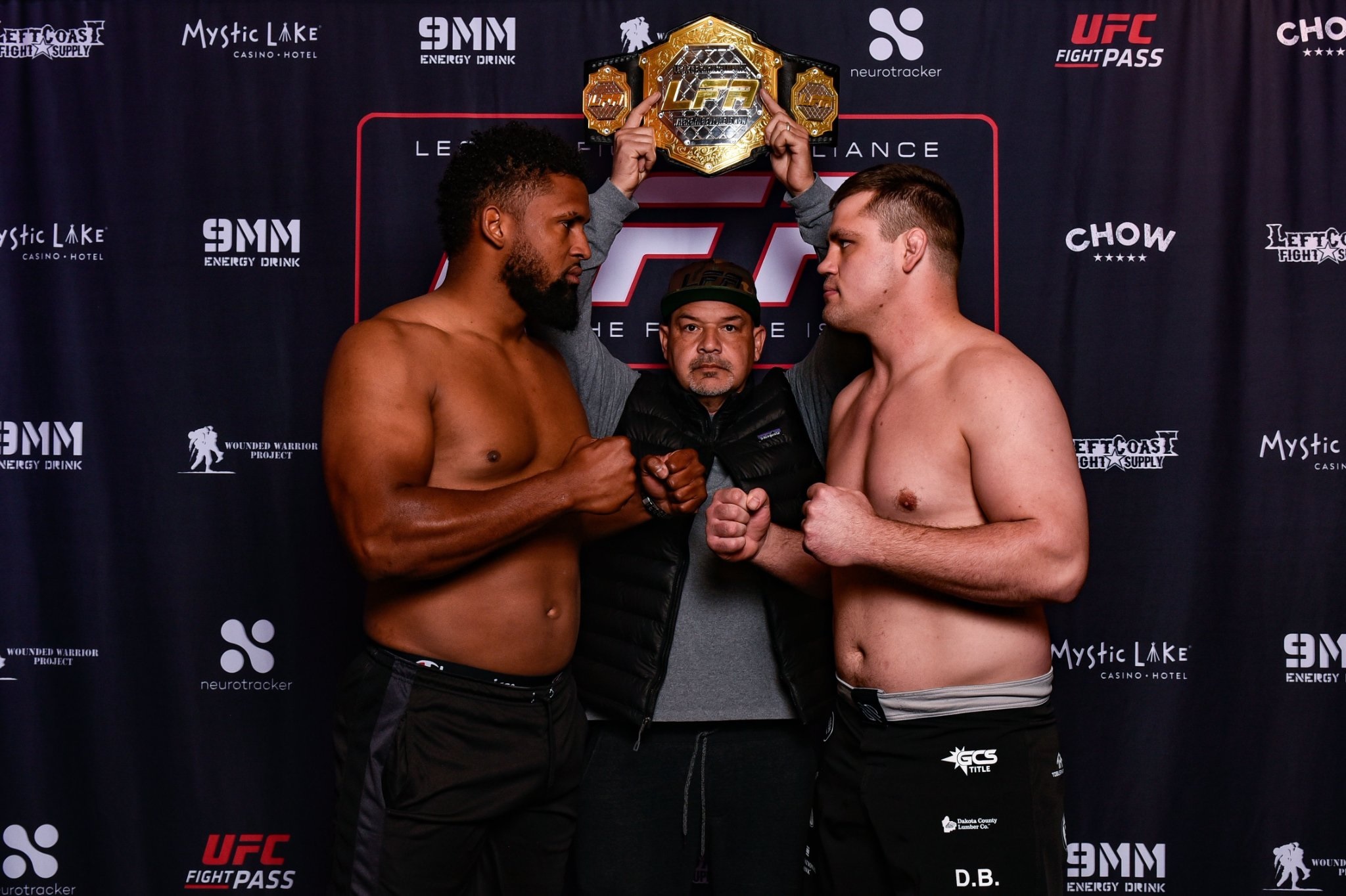 PRIOR LAKE, MINNNESOTA — On Thursday, April 14th, LFA hosted the weigh-in for LFA 129: Petersen vs. Cortes-Acosta from the Mystic Lake Casino Hotel in Prior Lake, Minnesota. The main event will feature an explosive title fight when LFA heavyweight champion Thomas “The Train” Petersen (5-0) defends his title against top undefeated Dominican prospect Waldo Cortes-Acosta (5-0).

LFA 129 will feature veteran MMA commentator Ron Kruck, who will be joined in the booth with former UFC star and Strikeforce champion Gilbert “El Niño” Melendez and current UFC star and RFA great Anthony “Lionheart” Smith. They will call the action live inside the Mystic Lake Casino Hotel in Prior Lake, Minnesota. The main card will be available tomorrow night LIVE on UFC FIGHT PASS® at 9 p.m. ET / 6 p.m. PT.

Every fighter, except Gunner Charbonneau, made their contracted weight when they stepped on the scales. LFA 129 will proceed with thirteen bouts, which includes the heavyweight title fight in the main event.