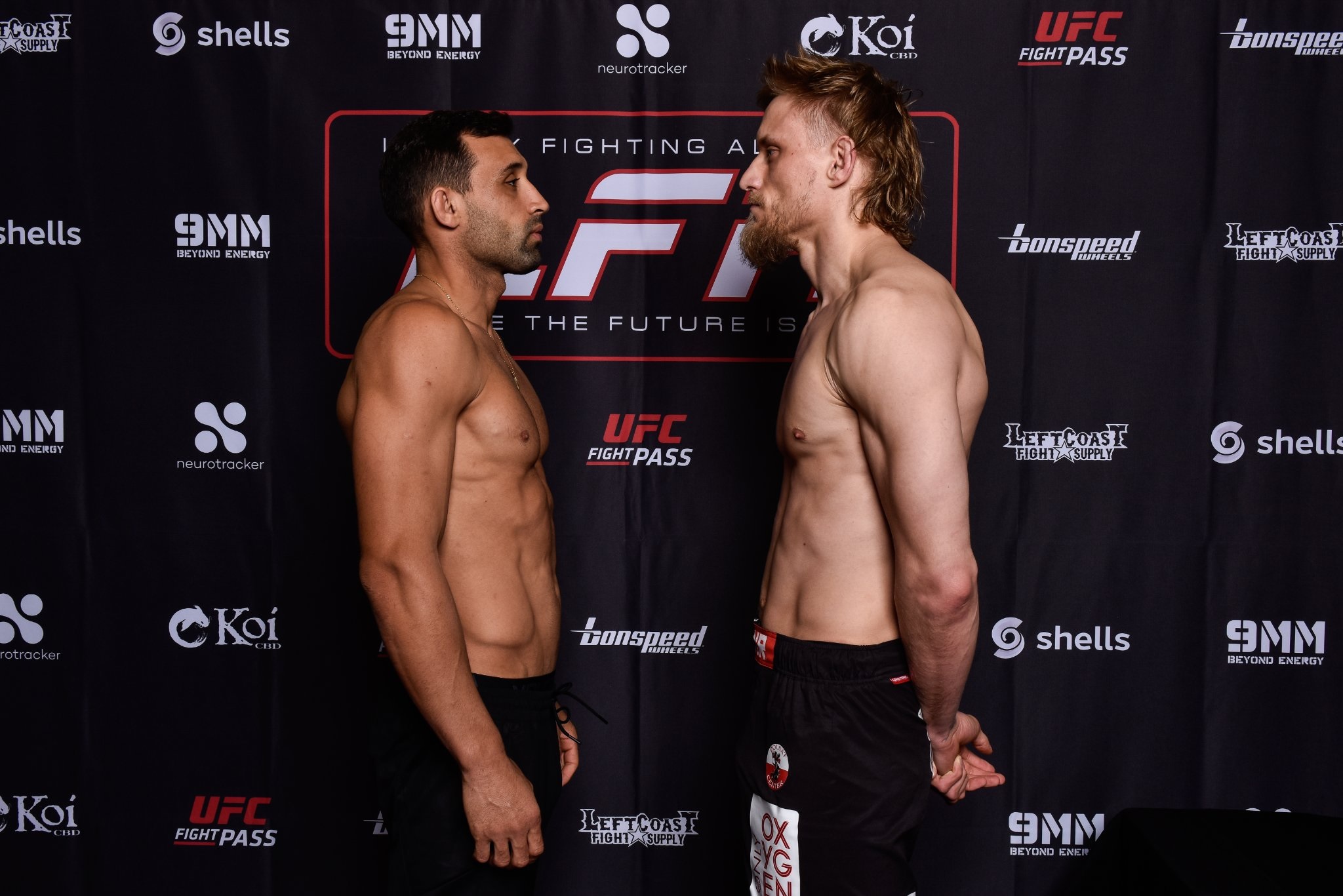 The main event will feature a middleweight showdown between international stars Mariusz “The Iron Pol” Ksiazkiewicz (9-1) and Alessandro Gambulino (12-3).

LFA 130 will feature veteran MMA commentator Ron Kruck, who will be joined in the booth with top-ranked UFC star and TUF 15 champion Michael “Maverick” Chiesa. They will call the action live inside the 4 Bears Event Center.

LFA officials implemented strict health codes, safeguards, and Coronavirus (COVID-19) testing protocols throughout the week. In accordance with these guidelines, one bout has been removed from LFA 130. That bout was the welterweight bout between Ryan Charlebois and Myktybek Orolbai Uulu.

Every fighter, except Billy Elekana, made their contracted weight when they stepped on the scales. Elekana will now forfeit a portion of his purse to his opponent Kohlman Scribner. LFA 130 will proceed with eight bouts, which includes the middleweight showdown in the main event.