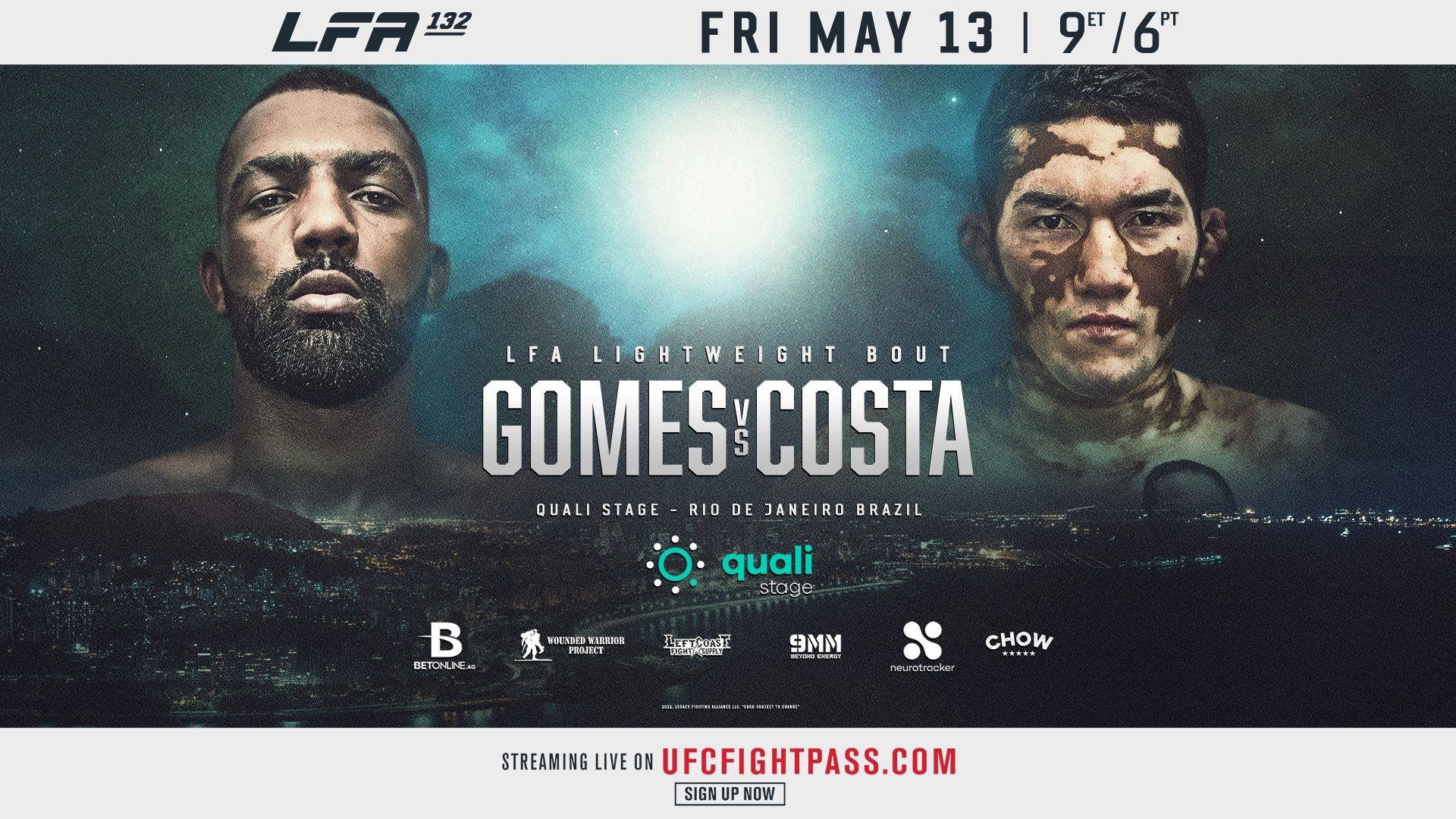 LFA returns to Brazil with a Lightweight Showdown at LFA 132

LAS VEGAS, Nevada — LFA CEO Ed Soares announced an update today for the promotion’s return to Brazil. LFA 132 on Friday, May 13th will be topped with a new lightweight showdown after the original headliner Rodrigo “The Dynamis” Lídio withdrew from the bout. This will be the fourth LFA event to take place in Rio de Janeiro, Brazil after the promotion’s international expansion took place last summer.

“We had a change at the top of LFA 132, but we are excited to bring another stacked event to Brazil in May,” stated Soares. “Italo Gomes will now fight Melquizael Costa in a battle of two of Brazil’s fastest rising lightweight prospects. This is the most high-profile lightweight match to come to Brazil this year and the winner will propel himself to the top of the division. Our first three events in Brazil have been amazing and we look forward to continuing our growth there in the country at LFA 132.”

Gomes (10-2) is an exciting 25-year-old prospect from the coastal Brazilian municipality of Macaé. The city is generally considered to be the center of the offshore petroleum industry in Brazil and it is often referred to as “Cidade do Petróleo” (“City of Petroleum”). Similarly, Gomes has emerged as the latest top resource in his country’s legendary MMA scene. Gomes is a BJJ black belt and member of the Tata Fight Team in Rio de Janeiro, which is where he moved to train once turning pro shortly after his 20th birthday. Now the Tatá Duarte protégé will look to join his teammate and UFC star André “Sergipano” Muniz on the world stage with a marquee win in the main event of LFA 132.

Costa (17-4) is one of the more intriguing prospects to come out of Brazil in recent years and he was eager to step up into the main event slot of LFA 132, when Lídio withdrew. The man known as “Melk” hails from the municipality of Bauru, which is located in the midwestern region of the state of São Paulo. The 25-year-old began his career 8 years ago and has compiled 17 career wins, but it is his recent work that has seen the Paulista take his career to the next level. Costa has gone 5-0 over the past 3 years, which includes winning his international debut just 5 weeks ago in Mexico. That win earned the Brazilian a regional title and a spot in the main event of LFA 132.

About QUALISTAGE:
Metropolitan and its new partner Qualicorp , the most complete platform for choosing health plans in Brazil, present Qualistage. A show house that is a gift to cariocas and everyone who passes through Rio in search of fun. Visitors are able to enjoy music shows, the flagship of the house since its foundation, as well as theater, dance and e-sports events, as the multipurpose character is the strong point of our complex. The same stage, now in a new stage. The home of all shows is back. Rio deserves it. For more info visit Qualistage.com.br.