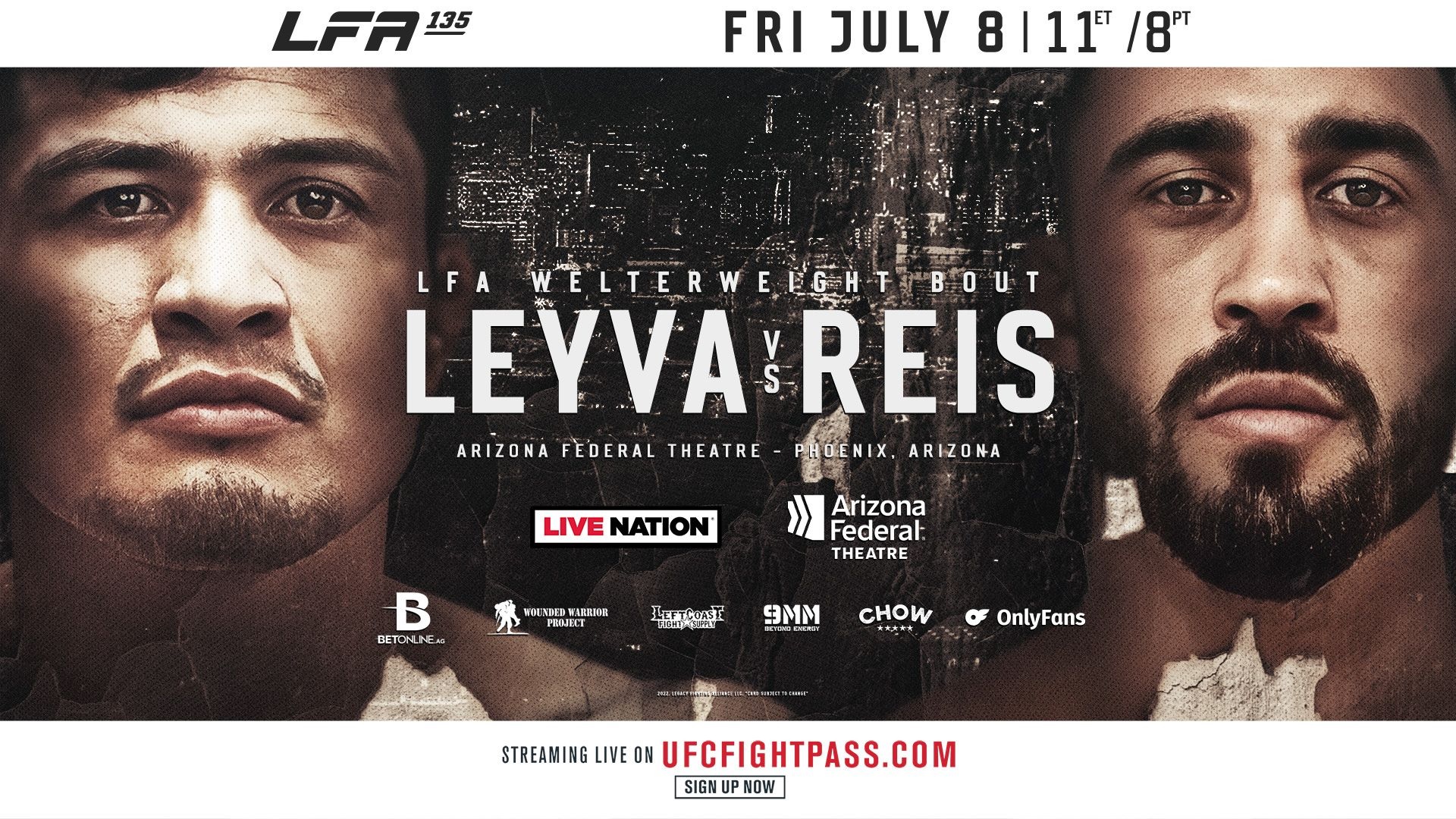 LAS VEGAS, Nevada — LFA CEO Ed Soares announced today that the promotion will conclude the red-hot 4th of July holiday week festivities with a welterweight war in the “Valley of the Sun” at LFA 135. This will be the tenth LFA event to take place in the state of Arizona. All ten of these events have taken place at the Arizona Federal Theatre in the state’s capital city of Phoenix.

Tickets for LFA 135: Leyva vs. Reis are available NOW at LiveNation.com.

“We are excited to cap off the 4th of July holiday week in Arizona at LFA 135,” stated Soares. “Alfonso Leyva is a two-time Olympian and one of the most decorated Mexican wrestlers to ever crossover into the sport of MMA. He will face top Brazilian prospect and one-night tournament champion Daniel Reis in a pivotal bout in our stacked 170-pound division.”

Leyva (5-0) makes his highly-anticipated LFA debut after becoming the first Olympian from Mexico to sign with the promotion. Leyva is a two-time Olympian having competed for Mexico in Greco-Roman wrestling at the 2016 Summer Olympics in Rio de Janeiro, Brazil and the 2020 Summer Olympics in Tokyo, Japan. He is also a ten-time Mexican national champion and the 2019 Pan-American Games silver medalist. Leyva transitioned to MMA after competing in the 2020 Olympics and has since earned five straight victories in his home country of Mexico. The man known as “Sniper” won all five of those bouts via KO or TKO with none of his opponents making it out of the second round. Now the native of Guadalajara, Jalisco, Mexico has his sights set on winning his U.S. debut at LFA 135.

Reis (8-1) is a man cut from the same cloth that has created several MMA legends. He is a one-night MMA tournament champion. In fact, Reis achieved this accomplishment by entering the tournament eight years ago in Palmeira das Missões, Rio Grande do Sul, Brazil. “Dani Boy” would face three men with a combined record of 34-12, while entering the tournament with just a 1-0 record. He defeated all three opponents in the same night to become the tournament champion and immediately made a name for himself. MMA pundits throughout Brazil knew they had something special in their southernmost state of Rio Grande do Sul. Now Reis, who grew up close to the Uruguay border, will fight for the first time outside of South America. That will happen when he headlines LFA 135.