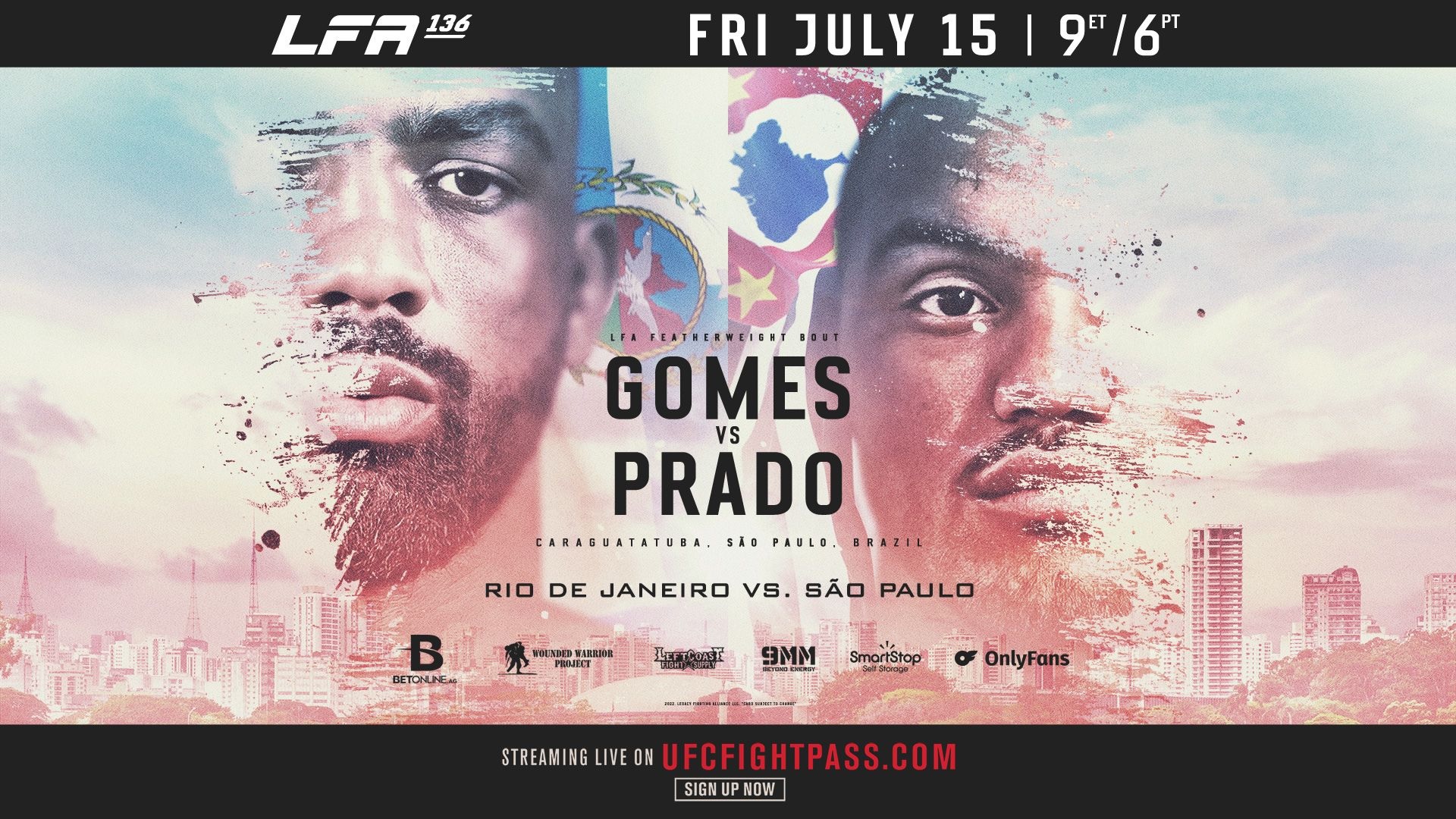 LAS VEGAS, Nevada — LFA CEO Ed Soares announced that the promotion will return to Brazil in July with a Rio de Janeiro vs. São Paulo team challenge. LFA 136 will feature a fight card filled with top prospects from the neighboring Brazilian states of Rio de Janeiro and São Paulo. They will face off in various weight classes with bragging rights and international recognition on the line. This will be the fifth LFA event to take place in Brazil after the promotion’s international expansion began last summer.

“We are excited to continue the LFA’s international expansion in Brazil at LFA 136,” stated Soares. “After hosting four successful events in the state of Rio de Janeiro, we will now travel southwest across the border into the state of São Paulo. The fight card will be filled with matches featuring top fighters from the states of Rio de Janeiro and São Paulo. This includes Brazil’s top featherweight prospects Italo Gomes (RJ) and Wellington Prado (SP) who will meet in the main event.”

Gomes (11-2) is an exciting 26-year-old prospect from the coastal Brazilian municipality of Macaé, which is located in the state of Rio de Janeiro. He is a BJJ black belt and member of the Tata Fight Team in the city of Rio de Janeiro, which is where he moved to train once turning pro shortly after his 20th birthday. The Tatá Duarte protégé joined his teammate and UFC star André “Sergipano” Muniz on the world stage last month with a marquee win in the main event of LFA 132. Gomes used his grappling prowess to secure a Unanimous Decision win against fellow Brazilian prospect Melquizael Costa. Now the Fluminense will look to earn back-to-back headlining wins for the promotion as heads to the state of São Paulo to face their top prospect at LFA 136.

Prado (12-2) is a 22-year-old blue chip prospect from the municipality of Itapevi, which is located in the state of São Paulo. It sits in the western part of the Greater São Paulo metropolitan area just 22 miles to the west of the city of São Paulo. The proud Paulista is a member of the China Team in the city of São Paulo, which is led by Brazilian MMA veteran Gilmar “China” Sales. Prado and his twin brother Willian are both known as “Predador” due to their aggressive fighting style, which they learned from their father. All three men are BJJ black belts with the twin brothers both earning their black belts from their dad. Wellington Prado will now look to earn the biggest win of his career against Gomes, when the LFA makes its debut in his home state of São Paulo at LFA 136.