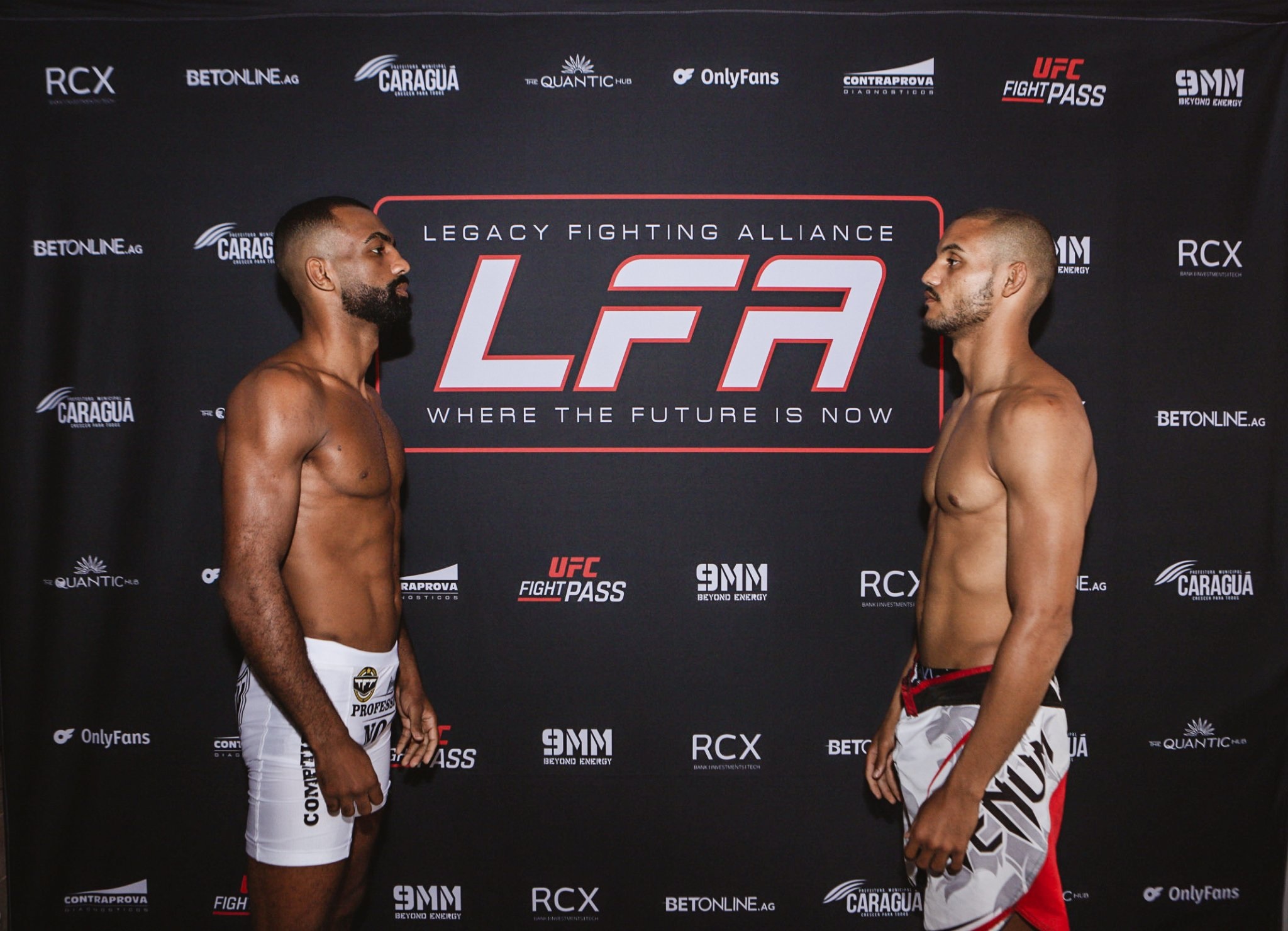 LFA 136 will feature a fight card filled with top prospects from the neighboring Brazilian states of Rio de Janeiro and São Paulo. They will face off in various weight classes with bragging rights and international recognition on the line.

LFA 136 will feature veteran MMA commentator Ron Kruck, who will be joined in the booth by UFC Hall of Famer and MMA icon Antônio Rodrigo “Minotauro” Nogueira and Brazilian MMA analyst Max Soares. They will call the action live inside the Centro Esportivo Municipal Ubaldo Gonçalves (CEMUG) in Caraguatatuba, São Paulo, Brazil. The main card will be available tomorrow night LIVE on UFC FIGHT PASS® at 9 p.m. ET / 6 p.m. PT.

Every fighter, except Jonas Bilharinho, made their contracted weight when they stepped on the scales. Bilharinho will now forfeit a portion of his purse to his opponent Pedro Lopes. LFA 136 will proceed with twelve bouts, which includes the Featherweight showdown at the top of the card.