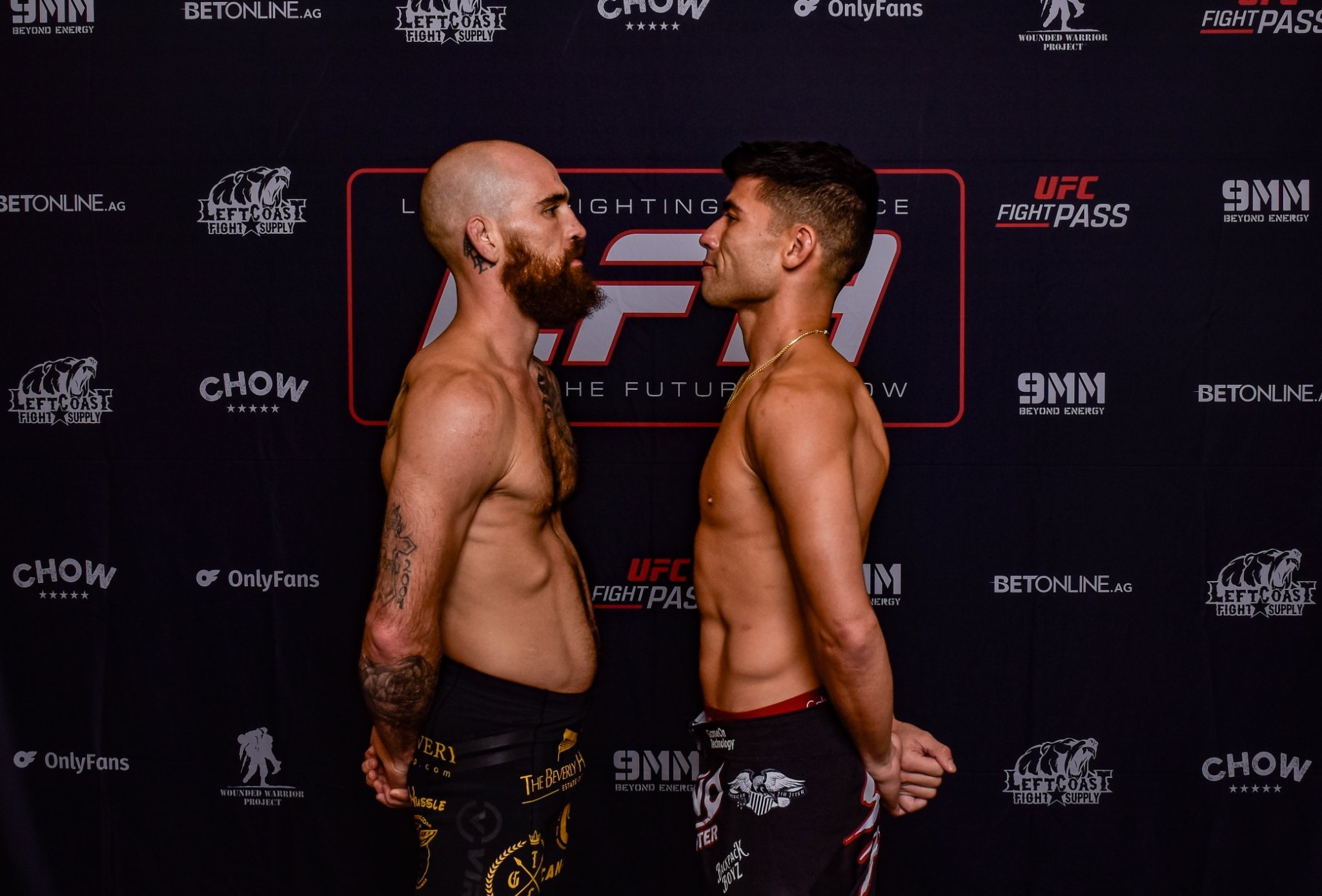 Commerce, CA — On Thursday, July 28th, LFA hosted the weigh-in for LFA 137: Gibson vs. Amil from The Commerce Casino & Hotel in Commerce, California, which is located in southeast Los Angeles County. The main event will feature a high-stakes featherweight showdown between Los Angeles native Chase “El Guero” Gibson (11-5) and San Francisco’s own Hyder “The Hurricane” Amil (6-0).

LFA 137 will feature veteran MMA commentator Ron Kruck, who will be joined in the booth by UFC star and newly inducted UFC Hall of Fame member Cub Swanson. They will call the action live inside The Commerce Casino & Hotel in Commerce, California. The main card will be available tomorrow night LIVE on UFC FIGHT PASS® at 10 p.m. ET / 7 p.m. PT.

The women’s strawweight bout between Pauline Macias and Amber Brown was canceled this morning after Brown was forced to withdraw from the bout due to a family emergency.

Every fighter, except John Sweeney and Caleb Hall, made their contracted weight when they stepped on the scales. Sweeney and Hall will now forfeit a portion of their purses to their opponents Ricardo Dias and Jean-Paul Lebosnoyani. LFA 137 will proceed with twelve bouts, which includes the featherweight showdown in the main event.

About COMMERCE CASINO:
The Commerce Casino & Hotel is LA’s #1 destination for games of skill. From hold ’em and pai gow to blackjack and baccarat, we make great games better with our unsurpassed commitment to service. With the most tables of any card room in the country, there’s always a seat for players of all skill levels. The Commerce Casino complex includes a full-service 200-room hotel, which houses a day spa, beauty salon, pool and sundeck, banquet rooms, shops and entertainment. The Commerce is also home to several restaurants and plays host to live boxing, MMA and Professional Wrestling events. The Commerce Casino & Hotel is Where The Game Reigns. For more info visit: CommerceCasino.com.