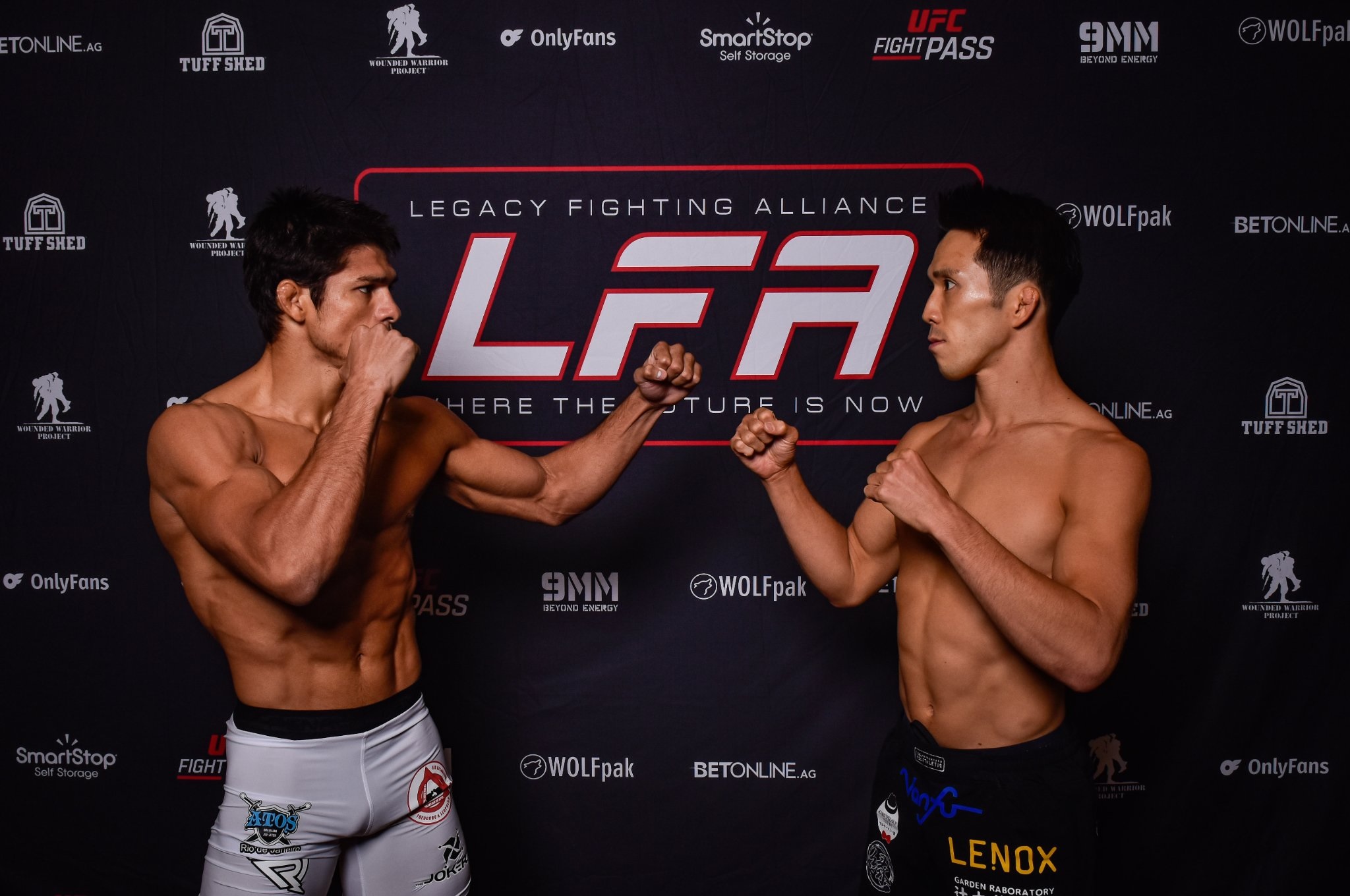 Shawnee, OK — On Thursday, August 4th, LFA hosted the weigh-in for LFA 138: Farias vs. Tanaka from the Grand Casino Hotel & Resort in Shawnee, Oklahoma, which is an exurb of Oklahoma City. The main event will feature an intercontinental bantamweight showdown between seven-time BJJ world champion Ary Farias (11-3) and five-time UFC veteran Michinori Tanaka (14-3).

LFA 138 will feature veteran MMA commentator Ron Kruck, who will be joined in the booth by UFC star and former UFC title challenger “Raging” Al Iaquinta. They will call the action live inside the Grand Casino Hotel & Resort in Shawnee, Oklahoma. The main card will be available tomorrow night LIVE on UFC FIGHT PASS® at 9 p.m. ET / 6 p.m. PT.

Every fighter, except Diego Silva and Jared Brown, made their contracted weight when they stepped on the scales. Silva and Brown will now forfeit a portion of their purses to their opponents Askar Askar and Ryan Hoover. LFA 138 will proceed with ten bouts, which includes the bantamweight showdown in the main event.