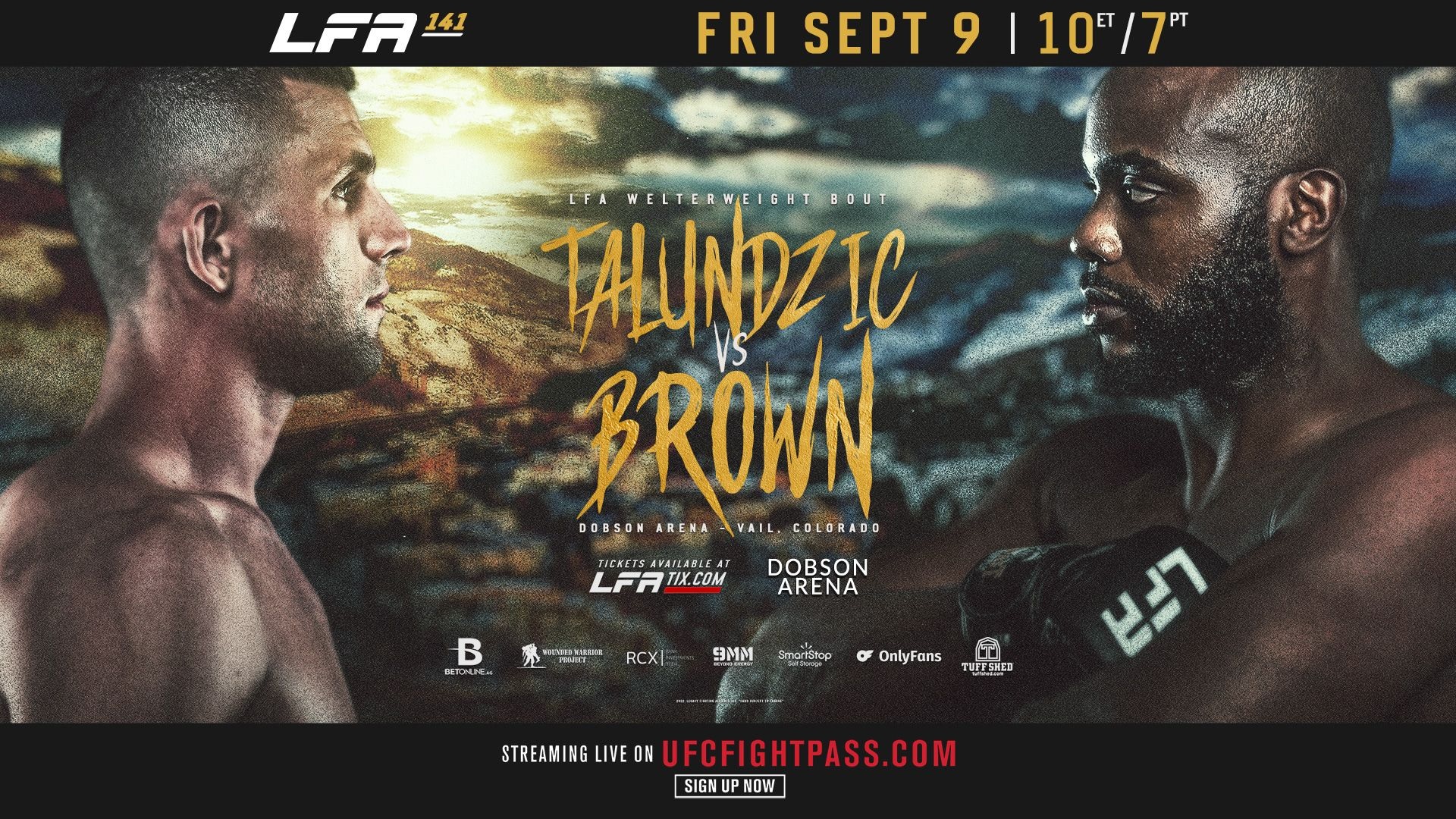 LFA brings a Welterweight Showdown to Vail, Colorado at LFA 141

LFA BRINGS A WELTERWEIGHT SHOWDOWN
TO VAIL, COLORADO AT LFA 141

LAS VEGAS, Nevada — LFA CEO Ed Soares announced today that the promotion will return to Colorado in September. LFA 141 will feature a high-stakes welterweight showdown between two of the promotion’s biggest stars when the LFA returns to the Rocky Mountains. LFA 141 will be the fourth LFA event to take place in the Colorado resort town of Vail.

Tickets are on sale now at LFATIX.com.

“We are excited to bring the LFA back to the beautiful resort town of Vail, Colorado,” stated Soares. “Haris Talundžić and Chris Brown are two of our biggest stars and train at two of the best gyms in the world. Talundžić is a top undefeated prospect, while Brown was just nominated for our ‘Male Fighter of the Year’. There will be a lot at stake when they meet in the Rockies at LFA 141.”

Talundžić (5-0) has become one of the most intriguing prospects in MMA after signing with the LFA in 2021. The 26-year-old is a native of Sarajevo, which is the capital and largest city of Bosnia and Herzegovina. Born one week after the end of The Bosnian War, Talundžić and his family emigrated from their homeland located in the Balkans in southeastern Europe to find a more peaceful life in the United States. They settled in Nebraska where Talundžić excelled in wrestling. He became a top-ranked NSWCA wrestler at Grand Island Senior High School before crossing over into MMA and becoming the #1 amateur welterweight in the Midwest. “The Bosnian Silverback” ended his amateur career on an 8-fight win streak and has gone 5-0 as a pro. The Factory X product looks to continue that streak in the main event of LFA 141.

Brown (8-4) has been pegged for greatness since making his LFA debut three summers ago. The 33-year-old was only four fights into his MMA career, when he traveled across the country to compete at LFA 71 in Atlanta, Georgia. He made the most of that opportunity by dispatching local standout Yemi Oduwole. Brown showed off his dynamic striking prowess by landing a devastating head kick followed by flashy ground n’ pound to pick up his first LFA win with Jackson-Wink MMA co-founder Greg Jackson in his corner. However, Brown really found his stride last year when he picked up a pair of dominant wins in the LFA. Now the LFA Fans’ Choice Awards: Male Fighter of the Year (2021) nominee looks to continue that momentum with a fourth straight win in the LFA Octagon when he returns to headline LFA 141.