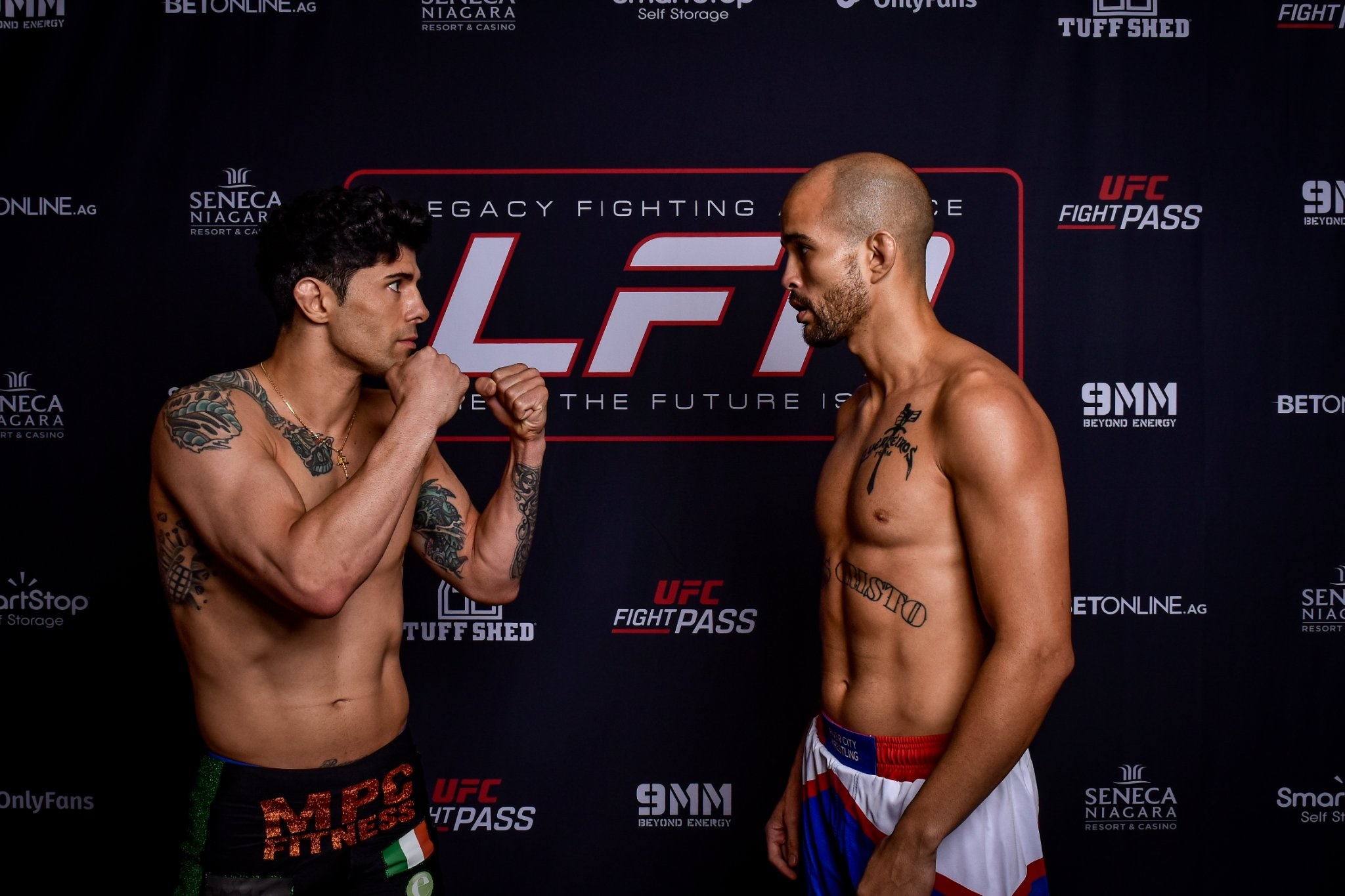 LFA 139 will feature veteran MMA commentator Ron Kruck, who will be joined in the booth by former UFC star and Strikeforce champion Gilbert “El Niño” Melendez. They will call the action live inside the Seneca Niagara Resort & Casino in Niagara Falls, New York. The main card will be available tomorrow night LIVE on UFC FIGHT PASS® at 9 p.m. ET / 6 p.m. PT.

A limited amount of tickets for LFA 139: Assenza vs. Melo are still available for purchase through Ticketmaster.com.

The co-main event between Tony Laramie and Rodney Kealohi has been removed from the card. Kealohi hit the scales officially at 125.4 pounds, but Laramie did not arrive due to personal issues. The feature fight between Nurullo Aliev and Thiago Oliveira has also been removed from the card as Aliev will now be competing on an upcoming episode of Dana White’s Contender Series.

Every fighter made their contracted weight when they stepped on the scales. LFA 139 will proceed with nine bouts, which includes the intercontinental lightweight showdown in the main event.

About SENECA NIAGARA RESORT & CASINO:
Seneca Niagara Resort & Casino is located just minutes from the world-famous Niagara Falls in Western New York, near the Canadian border. The property is open 24 hours a day, seven days a week and 365 days a year. Guest can enjoy 147,000 square feet of gaming space with more than 2,600 slot machines and over 60 table games, 10 restaurants, live entertainment and a AAA Four Diamond Award-winning, 26-story hotel with 604 deluxe rooms and suites, a spa and salon, fitness center, indoor pool and STIR feature bar with live entertainment, signature cocktails, and a stunning 43-foot high-definition video wall as well as the first of its kind on the East Coast-Lightning Link Lounge! More information is available by calling 1-877-8-SENECA (1-877-873-6322) or visiting SenecaNiagaraCasino.com.