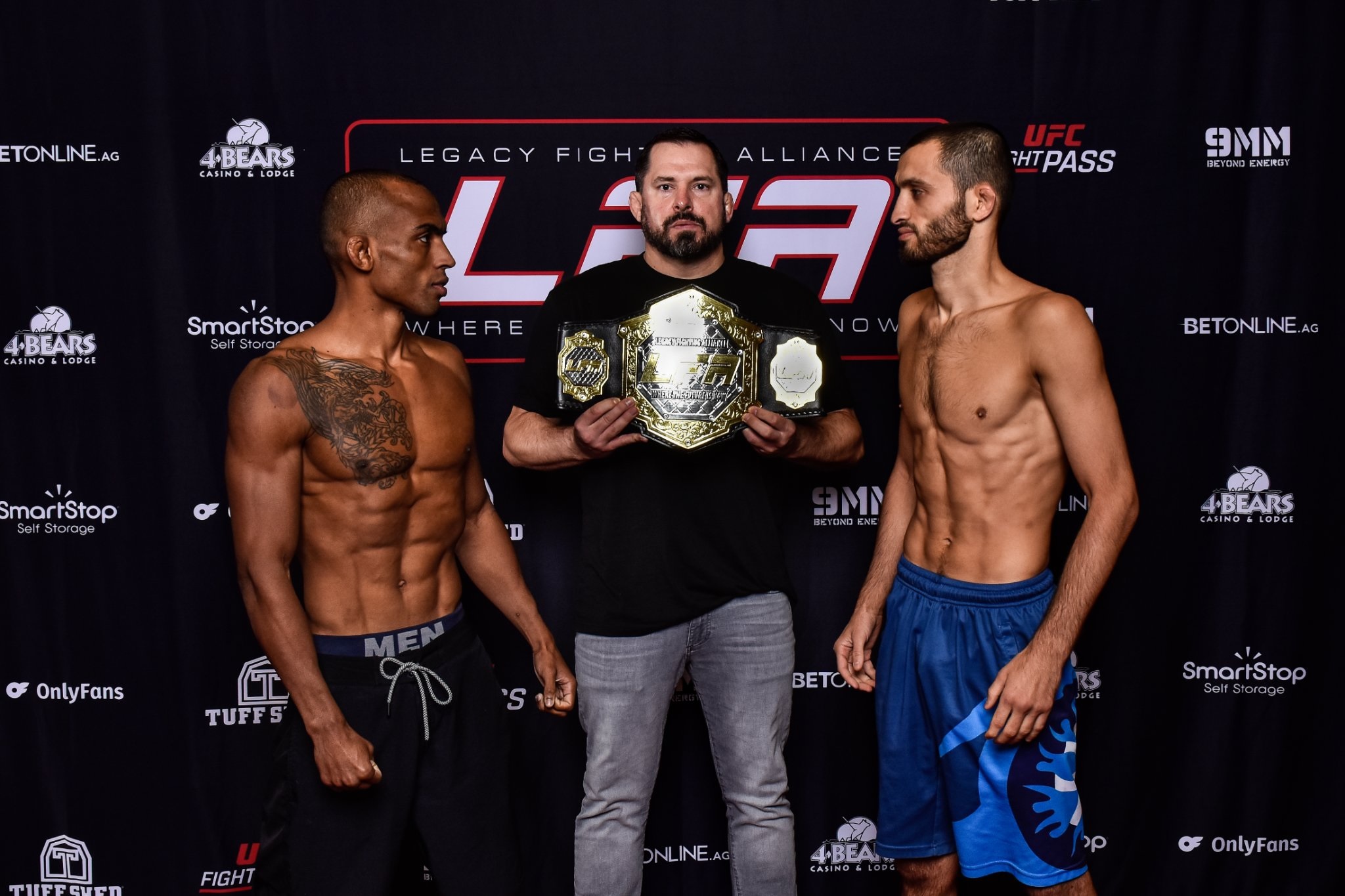 LFA 140 will feature veteran MMA commentator Ron Kruck, who will be joined in the booth by top-ranked UFC star and TUF 15 champion Michael “Maverick” Chiesa. They will call the action live inside the 4 Bears Casino & Lodge in New Town, North Dakota. The main card will be available tomorrow night LIVE on UFC FIGHT PASS® at 9 p.m. ET / 6 p.m. PT.

Every fighter, except Mairon Santos and Bahatebole Batebolati, made their contracted weight when they stepped on the scales. Santos and Batebolati will now forfeit a portion of their purses to their opponents Dwight Joseph and Ryan Leininger. LFA 140 will proceed with eight bouts, which includes the flyweight world title fight in the main event.

In 2017, RFA and Legacy FC merged to form LFA, the premier developmental organization in Mixed Martial Arts. The combined forces of LFA launched the careers of over 270 athletes that have reached the pinnacle of MMA by competing in the UFC. In 2018, the promotion joined the Imperial Family Companies group (formerly London Trust Media). In 2019, the promotion announced a broadcast partnership with UFC FIGHT PASS®. In 2021, the LFA expanded internationally by hosting multiple events in Brazil.