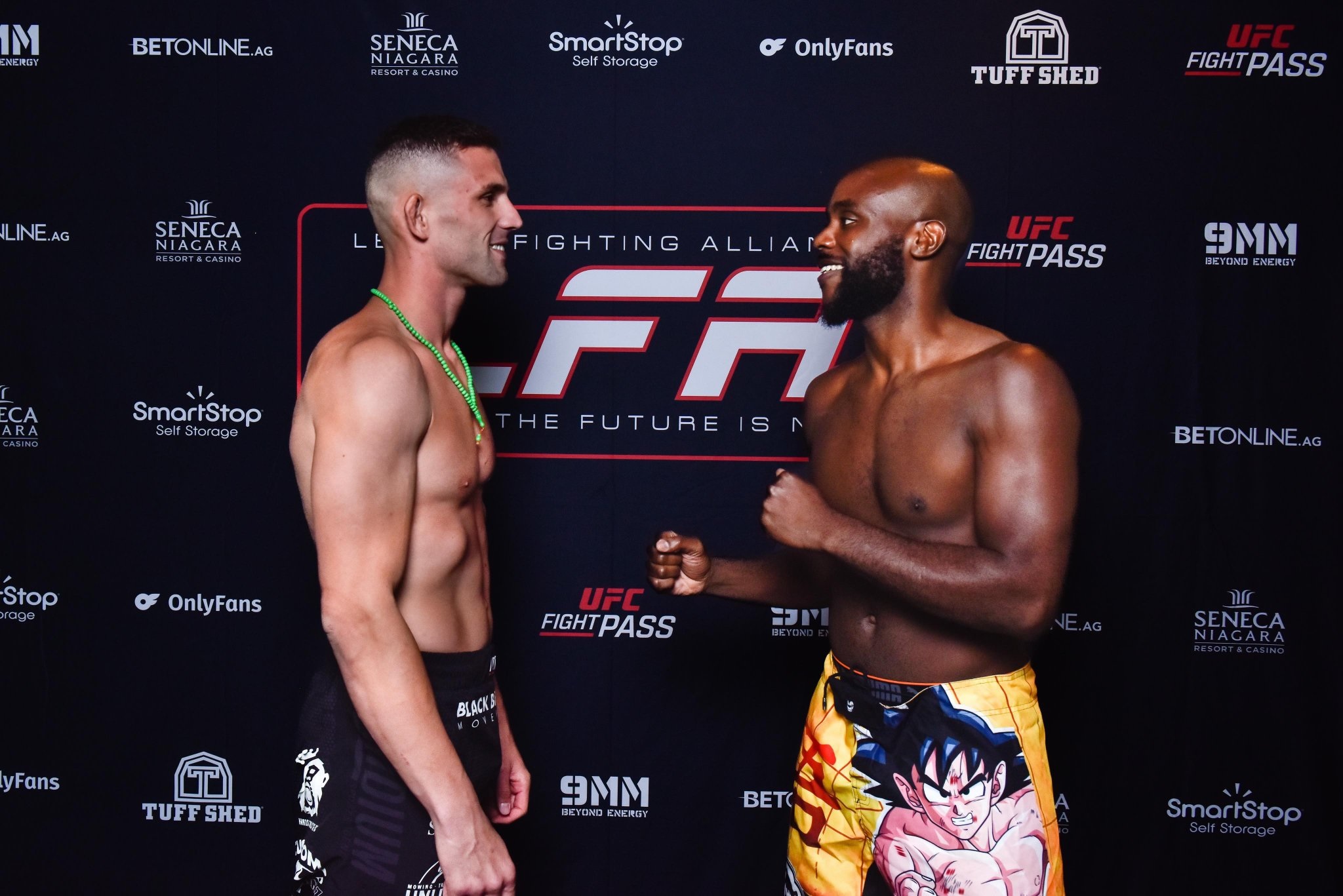 Vail, CO— On Thursday, September 8th, LFA hosted the weigh-in for LFA 141: Talundžić vs. Brown from the Evergreen Lodge in Vail, Colorado. The main event will feature a welterweight showdown between top prospects Haris “The Bosnian Silverback” Talundžić (5-0) and Chris “Breezy The Future” Brown (8-4).

LFA 141 will feature veteran MMA commentator Ron Kruck, who will be joined in the booth by top-ranked UFC star and TUF 15 champion Michael “Maverick” Chiesa. They will call the action live inside the Dobson Arena in Vail, Colorado. The main card will be available tomorrow night LIVE on UFC FIGHT PASS® at 10 p.m. ET / 7 p.m. PT.

Every fighter, except Nathan Fought, made their contracted weight when they stepped on the scales. Fought will now forfeit a portion of his purse to his opponent Bryce Meredith. LFA 141 will proceed with seven bouts, which includes the welterweight showdown in the main event.