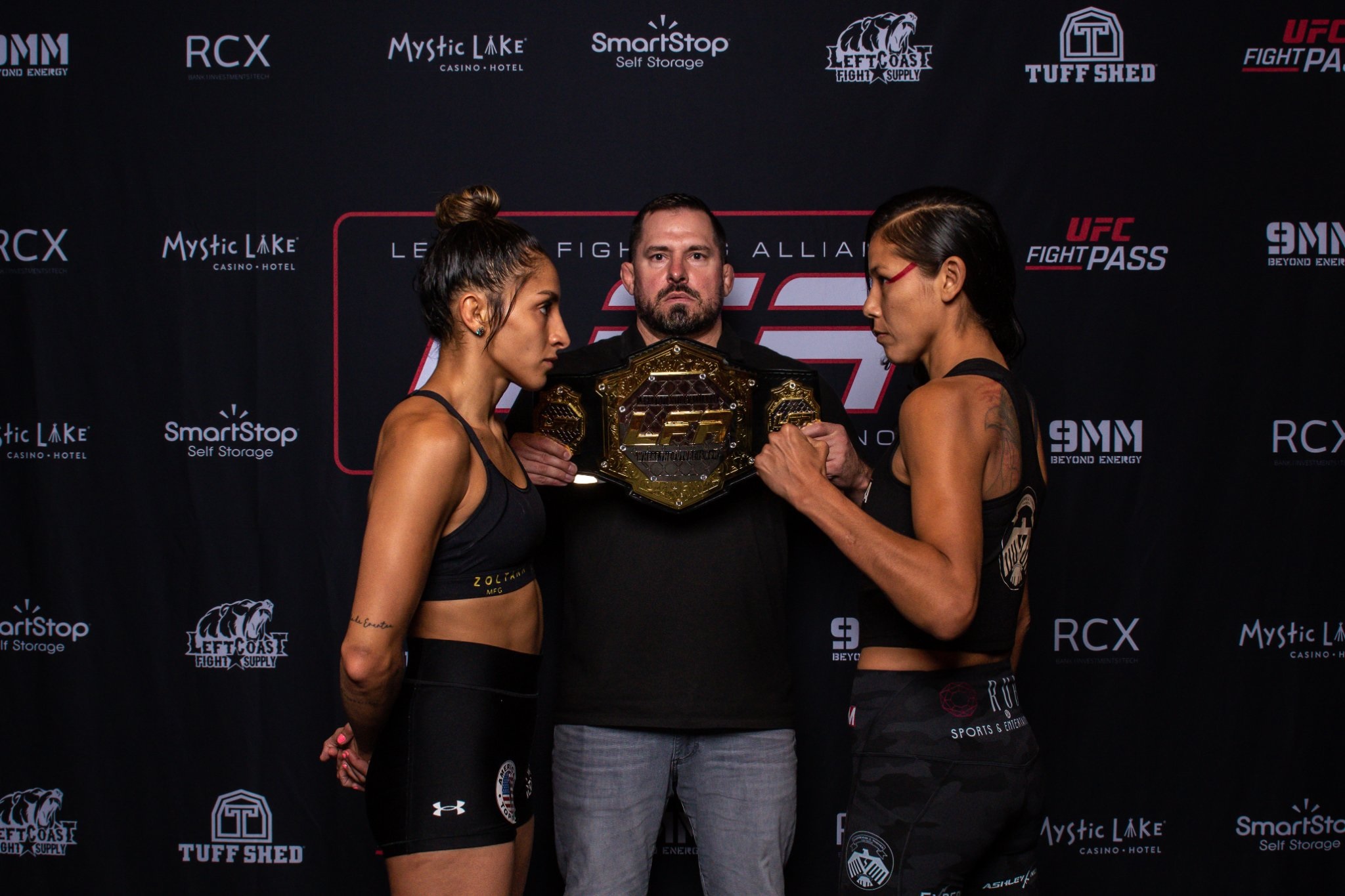 LFA 142 will feature veteran MMA commentator Ron Kruck, who will be joined in the booth with former UFC star, RFA great, and UFC on ESPN analyst Alan “Brahma” Jouban. They will call the action live inside the Mystic Lake Casino Hotel in Prior Lake, Minnesota. The main card will be available tomorrow night LIVE on UFC FIGHT PASS® at 9 p.m. ET / 6 p.m. PT.

Every fighter, except Sam Hernandez and Cody Jerabek, made their contracted weight when they stepped on the scales. Hernandez and Jerabek will now forfeit a portion of their purses to their opponents Gary Konkol and Bruce Xavier respectively. LFA 142 will proceed with eighteen bouts, which includes the women’s strawweight title fight in the main event.