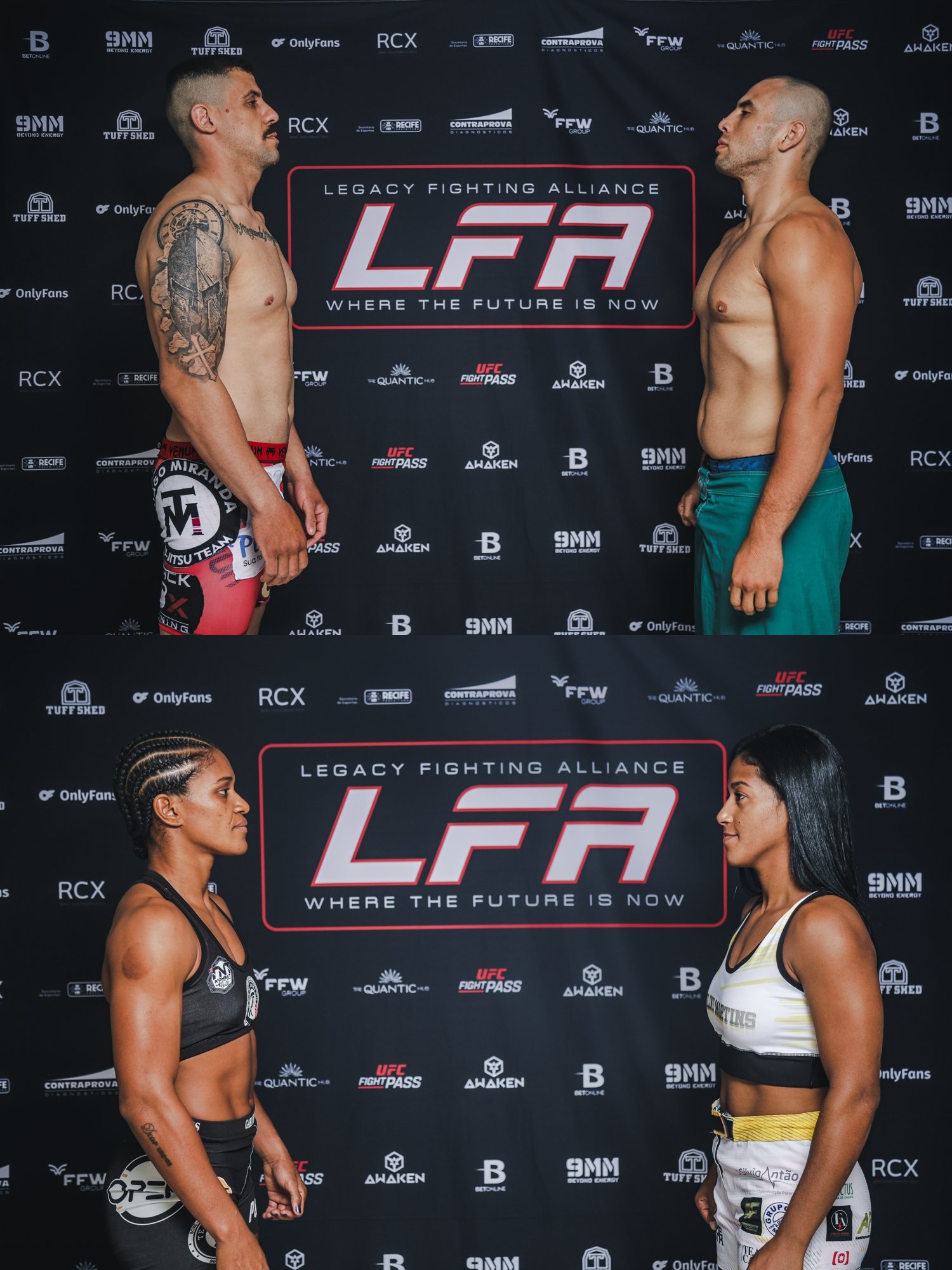 RECIFE, Pernambuco, Brazil — On Thursday, September 29th, LFA hosted the weigh-in for LFA 143: Lopes vs. Paiva from the Geraldão in Recife, Pernambuco, Brazil. This will be the sixth LFA event to take place in Brazil since the promotion’s international expansion began in the summer of 2021. It is also the first event the LFA has hosted in the Northeast Region of the country.

The main event features a light-heavyweight title fight between top prospects Bruno “Brunão” Lopes (10-0) and Willyanedson “Butica” Paiva (8-4-1). Then in the co-main event, Gabriella “Gabi” Fernandes (7-1) and Karoline “Mão de Pedra” Martins (9-4) meet for the interim women’s flyweight title. The event will also feature the first Semi-Final of the Featherweight Tournament when José Delano (11-2) faces Jair Jesuino (12-1) with a shot at the title on the line.

LFA 143 will feature veteran MMA commentator Ron Kruck, who will be joined in the booth by UFC Hall of Famer and MMA icon Antônio Rodrigo “Minotauro” Nogueira and Brazilian MMA analyst Max Soares. They will call the action live inside the Ginásio de Esportes Geraldo Magalhães, colloquially known as the Geraldão, in Recife, Pernambuco, Brazil. The main card will be available tomorrow night LIVE on UFC FIGHT PASS® at 10 p.m. ET / 7 p.m. PT.

Every fighter, except Fabio Aguiar, made their contracted weight when they stepped on the scales. Aguiar will now forfeit a portion of his purse to his opponent Fernando Lucas. LFA 143 will proceed with thirteen bouts, which includes the championship doubleheader at the top of the card.

About GINÁSIO DE ESPORTES GERALDO MAGALHÃES:
Ginásio de Esportes Geraldo Magalhães, also known as the Geraldão, is an indoor sporting arena located in Recife, Brazil. The capacity of the arena is 15,000 spectators and opened in 1970. Ginásio de Esportes Geraldo Magalhães is a high standard multipurpose arena, capable of hosting multi-sport events and concerts. Geraldão is part of a collection of sports venues designed by the architect Ícaro de Castro Melo, which also includes the Nilson Nelson gymnasiums, in Brasília; Paulo Sarasate, in Fortaleza; and Ibirapuera, in São Paulo. Please visit their Official Website for more information.