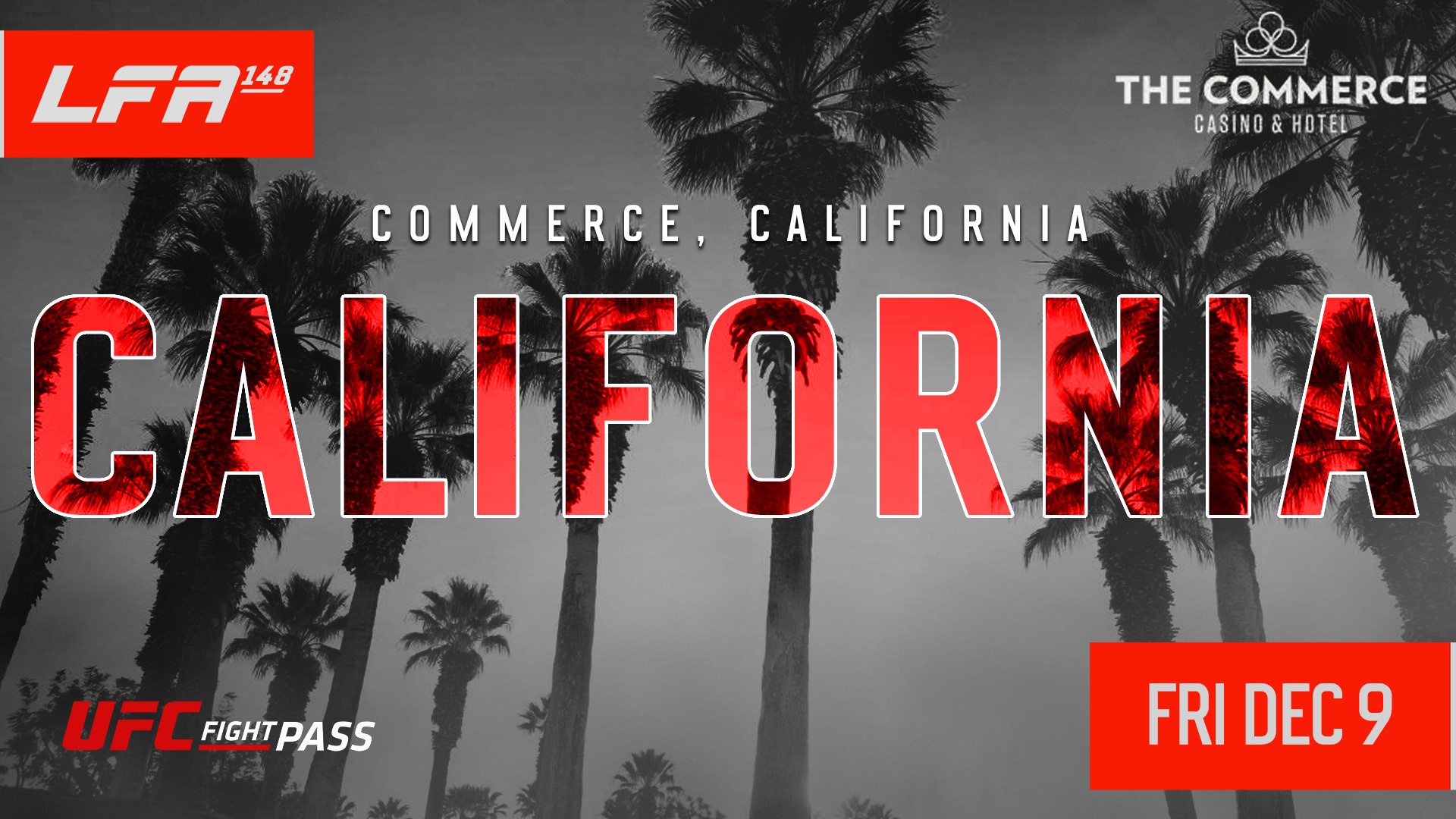 LAS VEGAS, Nevada — LFA President Sven Bean announced today that the LFA has entered into the final event production agreement for 2022 with an event scheduled for December in Southern California.

“After an incredible 2022 season, we will produce our 28th and final event of the year this December in sunny Southern Califronia” said Bean, who handles venue booking and scheduling for the LFA.

“We will close out the year at what has become a popular venue for us, the Commerce Casino and Hotel in Commerce California on Friday, December 9th” stated Bean.

“This will be our final event in of the year, and we wanted to do it somehwere fun. There is no place more fun on a Friday night then at a Southern California based LFA event. This will be our third event at the proprty and I expect it to be as jam packed as the previous two events. The venue is located in a way that it’s easy access no matter where you’re coming from in the Los Angeles area. The SoCal fans are unlike anywhere else we go, and it’s such a party vibe. I’m looking forward to working with the Commerce Casino and Hotel team to close the year out in style on December 9th!” stated Bean.

“We can’t wait to bring the LFA back to the Commerce Casino and Hotel in December. Their events are always a success on all levels. The crowds are great. The fights are always exciting. Their staff are all true professional, and fun to work with. I look forward to working with their team to create another amazing night at the Commerce Casino and Hotel on December 9th.”