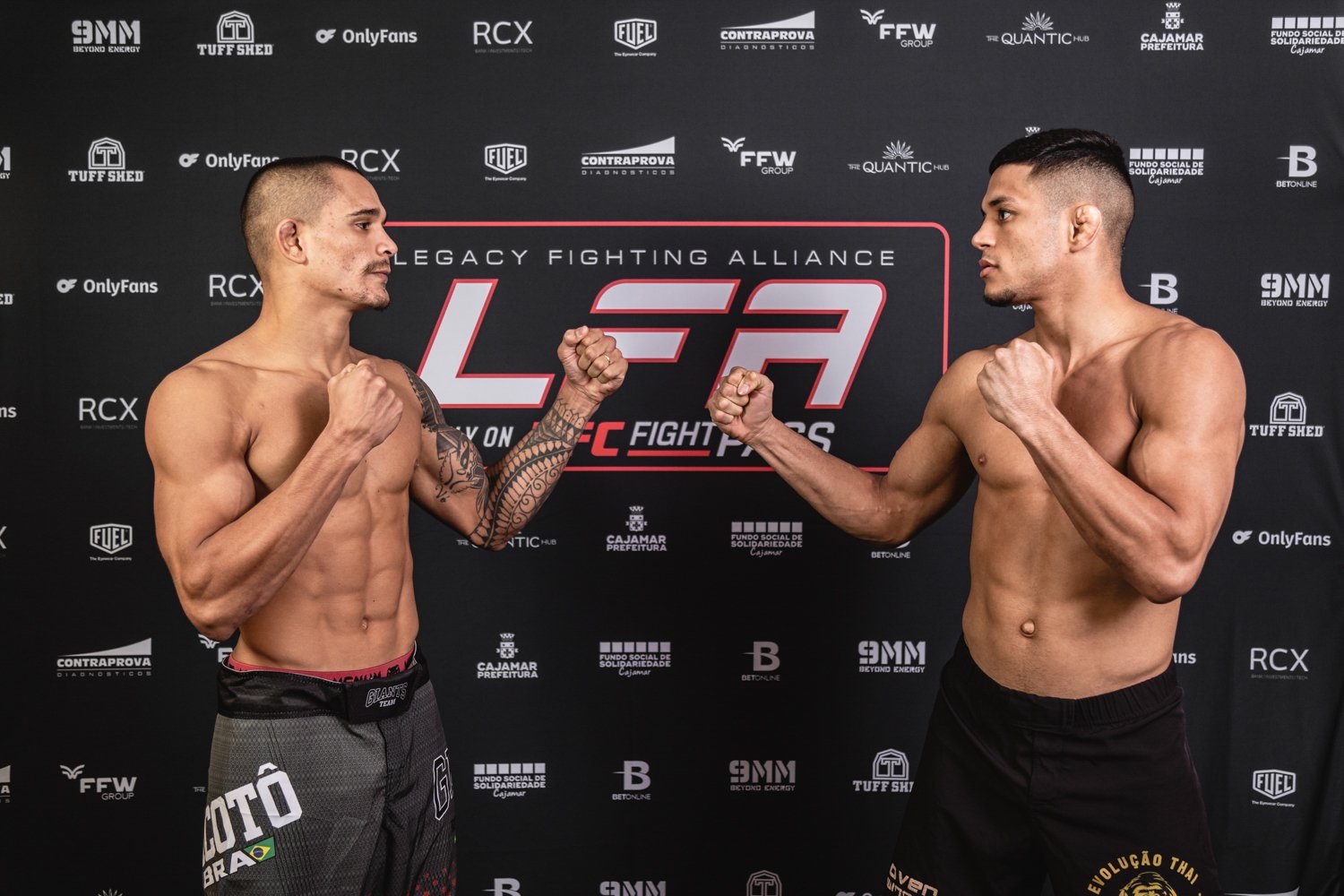 LFA 146 will feature Brazilian MMA analyst Max Soares, who will be joined in the booth by UFC Hall of Famer and MMA icon Antônio Rodrigo “Minotauro” Nogueira. They will call the action live inside the Ginásio do Polvilho in Cajamar, São Paulo, Brazil. The main card will be available tomorrow night LIVE on UFC FIGHT PASS® at 9 p.m. ET / 6 p.m. PT.

Every fighter, except Márcio Barbosa, Moacir Rocha, and Marcos Zinhani, made their contracted weight when they stepped on the scales. Barbosa, Rocha, and Zinhani will now forfeit a portion of their purses to their opponents Gabriel Santos, Carlos Prates, and Reginaldo Junior. LFA 146 will proceed with thirteen bouts, which includes the Featherweight Tournament Semi-Final Bout at the top of the card.

About GINÁSIO DO POLVILHO:
The Municipality of Cajamar, through the Department of Public Works and Services, coordinated the complete renovation of the entire structure. of the Polvilho Gym. Maintenance and repairs were carried out in the entire infrastructure of the gym with new coverage, increase in the dimensions of the court, painting, accessibility to bathrooms, access ramp, installation of a new electronic scoreboard, new hydraulic basketball tables, renovation and installation of LED lighting in the entire indoor and outdoor area of the gym. The restructuring of the space will provide significant improvements for the court to host the numerous competitions held throughout the year and also for the sports projects in various modalities that the City Hall offers free of charge to the population. For more info visit the Cajamar official website.